Michael Gandolfini is opening up about his growing acting career.

While outside of LAX earlier this month, the 22-year-old actor — who is the son of late “Sopranos” star James Gandolfini — spoke about his starring in the upcoming Paramount+ miniseries, “The Offer,” and also shared his thoughts on possibly being typecast in mobster roles.

In “The Offer” — which is about the development of Francis Ford Coppola’s “The Godfather” — Gandolfini said he plays “a Texan millionaire” who “tries to buy Paramount.” According to IMDb, his character is named Andy Calhoun and will be featured in Episode 5 of the 10-episode series.

“It’s a very small part, but it was very fun. I did it a couple months ago. Everyone on it was incredible,” Gandolfini said.

Since he played a teenage version of his late father’s “Sopranos” character Tony Soprano in “The Many Saints of Newark” and will star in “The Offer,” Gandolfini was asked if he thinks he’ll get pigeonholed in mobster-type projects in the future. 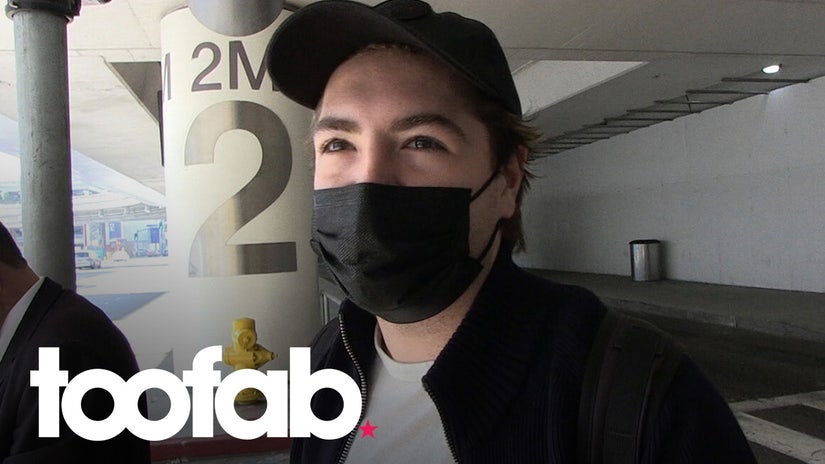 The “Ocean’s 8” star also weighed in on possibly being compared to his father in the industry due to his legacy as TV’s top mobster.

“I mean I think that casting directors are really talented at what they do and whatever I fit in,” he explained. “I’m obviously physically and emotionally very different than my dad so wherever I fit man. I’m happy to be a part of anything.”

So would Gandolfini even be down to do a romantic comedy? “[I] love a good romcom,” he said.

Meanwhile, the “Cherry” actor went on to talk about shooting “The Offer” with Covid safety protocols. In early September, it was reported that production was halted after a person tested positive for Covid-19. Rumors circulated that it was one of the show’s leads, Miles Teller, and that the actor was also allegedly unvaccinated. Teller’s rep denied the reports. Earlier this month, Teller tweeted — and later deleted — that he was “vaccinated” and has been “for a while.”

Gandolfini said he “heard” about Teller, but said he “wasn’t around” at the time production was shut down. He noted that he’s “lucky that everyone’s been safe and good” and “it’s all been okay on [his] end.”

When asked if he had to get tested on the set of “The Offer” and have to show his vaccination card, Gandolfini said, “Yeah, absolutely. We test every other day. Show my vaccination card for sure.”