Two of Britain’s largest oil producers have taken major steps in their battle to go green.

BP has dismantled its century old exploration team, cutting the division to less than 100 employees from over 700 just a few years ago. 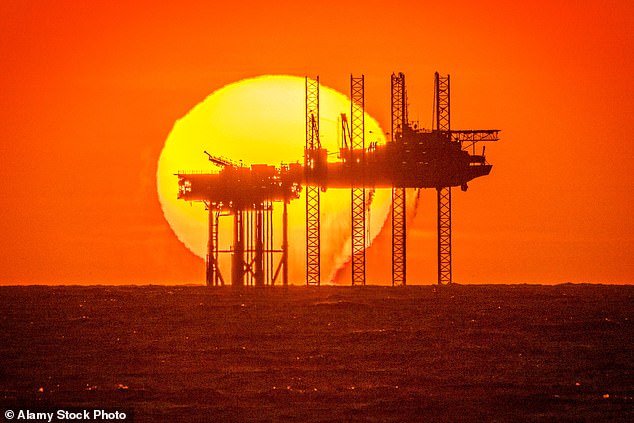 Cleaning up: BP has dismantled its century old exploration team, cutting the division to less than 100 employees from over 700 just a few years ago

The moves show how fast the energy supermajors are withdrawing from oil in their battle to become carbon net zero by 2050.

Since being formed in 1909, BP has been renowned for its oil exploration skills – showing, and teaching, the world how to find the black gold.

From the outset, the company had a reputation as a dashing risk taker unafraid to take on difficult projects across the Middle East and South America.

By the 1960s BP was making massive profits as investors shrugged aside one of the worst safety records in the industry. But under Bernard Looney, who became chief executive last year, the tradition has ended.

‘The winds have turned very chilly in the exploration team since Looney’s arrival,’ a senior member of the team said.

Shell has similar ambitions to BP, although chief executive Ben van Beurden does not hanker for the media spotlight in the same way as Looney.

The Anglo-Dutch group’s acquisition of Ubitricity, which operates more than 2,700 public charging points, comes as Europe’s largest oil company plans to become one of the world’s biggest power companies. 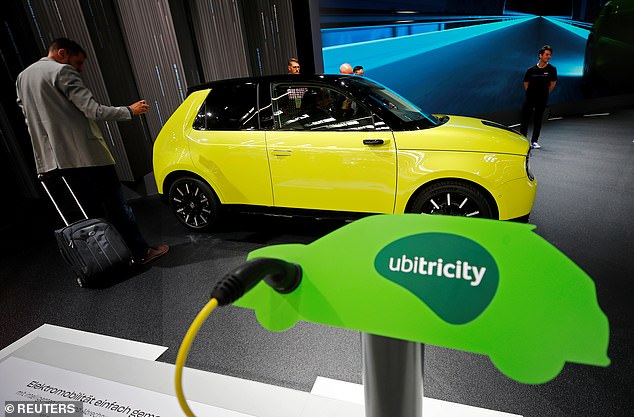 Unlike BP, however, Shell has remained committed to its exploration arm, stating that the division would remain ‘critical’ as it invests more in clean energy and will ‘be run to ensure a strong flow of cash’.

Nevertheless the problem for Looney and van Beurden is that investors are not buying into their green revolution, leaving them vulnerable.

BP’s shares have lost 40 per cent and Shell’s have tumbled 36 per cent over the past year, with both stocks struggling before the Covid-19 crisis.

Many in the industry argue that fire sales of oil assets and cutting exploration will make the companies smaller and cost them millions of pounds in lost earnings should the oil price rise once again.

While the changes have bought favourable media headlines as well as plaudits from ESG (environmental, social, and governance) funds and pressure groups like Greenpeace, Looney and van Beurden could be walking into a crisis.

One oil trader said: ‘We are at the bottom of the price cycle and they are misinterpreting the market. This is a serious misallocation of capital. 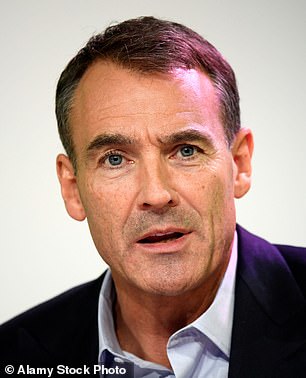 ‘The problem is no one can say anything because you’re labelled as anti-Greta [Thunberg, the Swedish environmental activist] and the ESG funds will come after you. The only way for investors to vote is with their feet and sell up.’

The trader added that woke – the word used to describe perceived awareness of social issues – chief executives like Looney need to be treated with caution.

Just how much pressure there is to join the green revolution was seen yesterday as The Bank of England was told to rethink its financial backing of oil and gas companies.

The Commons’ environmental audit committee wrote to governor Andrew Bailey warning that the Bank threatens to undermine UK’s efforts to tackle climate change by buying bonds issued by oil and gas companies. But there is also support for Shell and BP’s actions in the financial community.

Analysts point out that even when oil was $100 per barrel, the industry made little money.

They add that structurally the green technologies should provide more stability as the markets will be less political.

Oswald Clint, analyst at Bernstein, said: ‘In 2008, oil was $145.85 a barrel and the oilers raced to explore and find as much as possible. But it didn’t work and investors are tired of it. They’re sick of the politics and the control that Opec have over the market.’

Clint believes BP and Shell have the expertise to turn themselves around.

‘One hundred years ago BP owned all the fields and the pumps. Then in the 1970s many countries took their fields back and BP had to specialise and go down the value chain and offer refining. These are some of the finest engineers on the planet.’