Britain’s jobless rate soars to five-year high after a record 395,000 lay-offs in the three months to November alone

By Matt Oliver For The Daily Mail

The number of jobless people rose 418,000 to 1.7m in the year to November, the biggest annual jump since the financial crisis.

It means unemployment is now 5 per cent – the highest level since early 2016 – according to the Office for National Statistics (ONS). 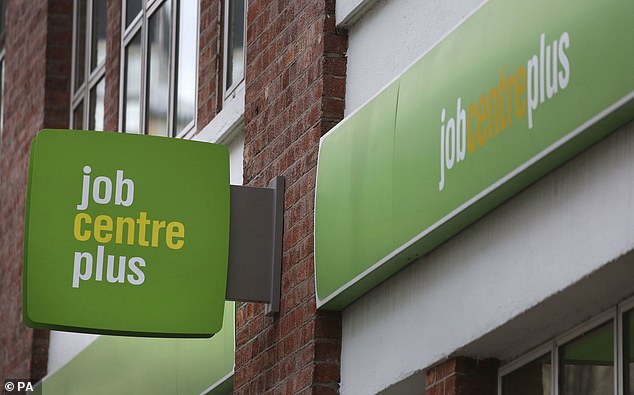 The number of jobless people rose 418,000 to 1.7m in the year to November, the biggest annual jump since the financial crisis

The number of lay-offs hit a record 395,000 in the three months to November alone, while vacancies halved.

And more pain is on the way. After furlough ends on April 30, experts think unemployment is likely to surge higher.

Samuel Tombs, chief UK economist at Pantheon Macroeconomics, predicted that without greater state support the jobless rate could hit 6 per cent in the second quarter.

The figures prompted calls from business groups for more help from Chancellor Rishi Sunak. Tej Parikh, chief economist at the Institute of Directors, said: ‘A return to tighter restrictions late last year will have stretched businesses’ ability to retain staff.

‘The latest lockdown will have only added further pressure on firms with troubled balance sheets, which means more jobs are likely to be lost in the coming months.’ 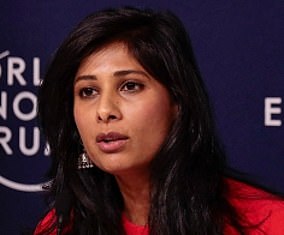 The International Monetary Fund (IMF) has slashed its forecast for UK economic growth and warned that the recovery from Covid-19 will take longer than expected.

Output is now expected to grow by just 4.5 per cent in 2021, down from October’s forecast of 5.9 per cent, following a surge in infections in recent weeks and the third lockdown.

This means the economy will not return to its pre-pandemic size until 2022, the IMF said.

But the UK’s predicted growth of 4.5 per cent this year is above the average 4.2 per cent forecast for the eurozone.

The US and China are expected to lead the world recovery but the IMF fears new waves of infections and the emergence of variants.

IMF chief economist Gita Gopinath said: ‘A lot depends upon the outcome of this race between a mutating virus and vaccines and how much policy support can hold up.’

Emelia Quist, of the Federation of Small Businesses, said: ‘Action in March will prove too late for many.

The Government needs to intervene now.’ Matthew Percival, director of people and skills at the CBI, agreed, urging the Chancellor to extend furlough until ‘at least the end of June’.

The ONS said the number of workers on payrolls was down 828,000 since the start of the pandemic.

Most of the most recent rise in unemployment took place in September and October, when employers assumed furlough would end, and job losses levelled off in November after Sunak extended support. There were 2.4m jobs on furlough on October 31, down from 8.9m in May.

Responding to the figures, the Chancellor said: ‘This crisis has gone on far longer than any of us hoped, and every job lost is a tragedy.

‘Whilst the NHS is working hard to protect people with the vaccine, we’re throwing everything we’ve got at supporting businesses, individuals and families.’

An early recovery in vacancies over the summer looks to have slowed, with around 578,000 between October and December.