Gender-neutral toilets could soon be mandatory in all workplaces in Victoria if an upcoming work safety probe deems it necessary.

The current amenities and work environment compliance code outlines that toilets must always be clean, hygienic and safe for employees.

The review, which is already under way, is placing primary focus on providing adequate facilities for the welfare of everyone in the workplace, the Herald Sun reported.

This also includes the possibility of introducing gender-neutral bathrooms. 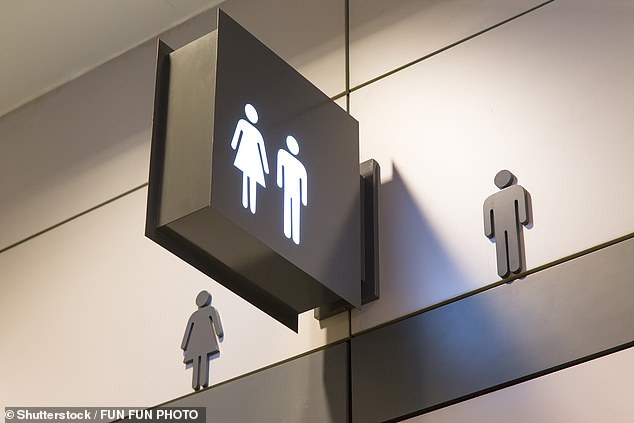 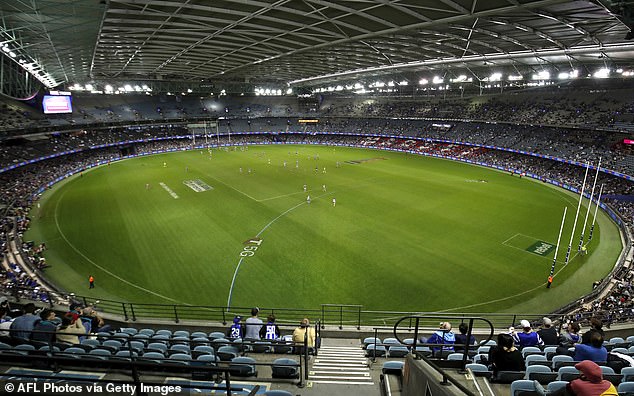 All-gender toilet facilities will be part of the Marvel Stadium (pictured) redevelopment, where numerous AFL fixtures are currently played annually

‘All employers have an obligation to ensure every worker is protected from the risk of gendered violence and sexual harassment in the workplace, regardless of their gender identity,’ a spokesman from WorkSafe said in a statement.

A number of highly utilised sporting facilities in Victoria expect the review to result in compulsory changes.

All-gender toilet facilities will be part of the Marvel Stadium redevelopment, where numerous AFL fixtures are currently played annually.

Plans are also in place for upgraded amenities at the iconic Melbourne Cricket Ground.

‘We are investigating a number of diversity and inclusion actions within the existing infrastructure,’ an MCC spokesman told the Herald Sun.

‘The MCC is deeply committed to ensuring we continue to deliver the MCG as an inclusive and safe venue for the entire community.’

Feedback from multiple community organisations as well as the general public will also be part of the official WorkSafe review.

At the Australian Open at Melbourne Park last year, gender-neutral toilets were available for tennis fans at Rod Laver Arena.

Spectators at the time were encouraged to use the toilet that was ‘most comfortable.’

‘Anyone can use these toilets, regardless of gender identity or expression,’ a sign at the multi- purpose venue read.

There were also several standard male and female toilets available for use. 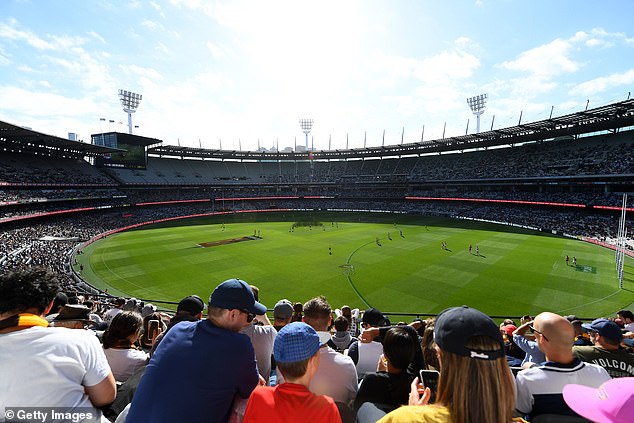