By Jonathan Spencer For Mailonline

Wayne Rooney believes Gareth Southgate should drop Jack Grealish from his starting line-up against Germany, before claiming the England boss should opt for three defensive midfielders at Wembley.

The Three Lions take on their old rivals Germany at Wembley next Tuesday evening, desperate to inflict damage on a side who have haunted them so many times down the years.

And ahead of the mouth-watering encounter, many experts have decided to pick their preferred XI to take on Germany, and England’s all-time top goalscorer has been the latest to have his say in his column for The Times. 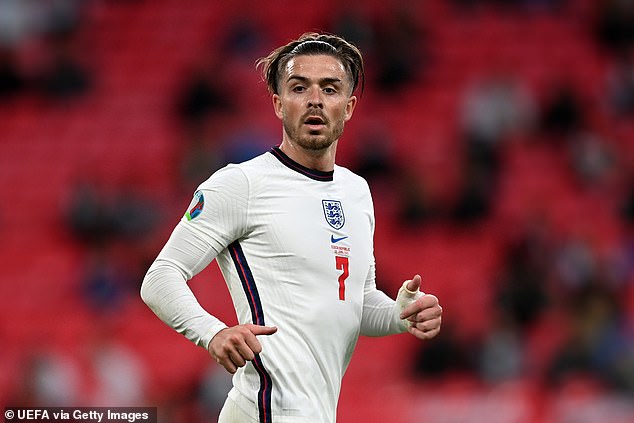 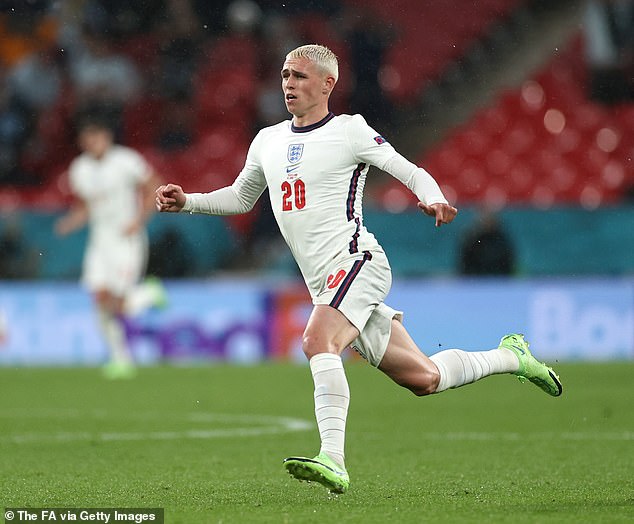 Rooney insists that Grealish should be used off the bench if needed with Marcus Rashford starting in his place, despite his stand-out display against the Czech Republic in England’s final group game, while there is no room for Phil Foden either.

‘After all my championing of Jack Grealish, I wouldn’t play him from the start against Germany,’ Rooney admitted. ‘He was one of England’s better players against the Czech Republic and it is not that my opinion of him has changed. My thinking is entirely down to how the Germans play. Different opponents demand different approaches and Tuesday’s game is tailor-made for Marcus Rashford — but not Jack.

‘Germany play three at the back with a high line and what they try to do is almost suffocate you. They pass side to side, get the ball in wide areas, come back and go all the way out to the other flank, then get balls into the penalty area. And when you win it, they want you to play a pass to feet because that means — with their line pushed right up — they can go and press you high up the pitch.

‘The more players you have who want to take the ball to feet, the more they can press, so instead of Jack I’d be looking to have runners either side of Harry Kane. My instruction would be to attack the spaces behind their wing backs when they go forward and make runs down the channels to the sides of their centre backs — especially given Mats Hummels’s problems against pace.’ 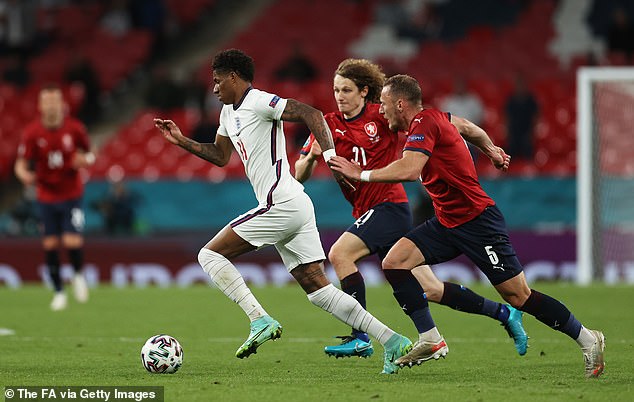 Rooney went onto add that either one of Raheem Sterling, Bukayo Saka or Jadon Sancho should start on the other flank, with talisman Harry Kane leading the line at Wembley.

And interestingly, Rooney claimed that Southgate should start with three holding midfielders to ensure England aren’t outnumbered in the middle of the park, provided Jordan Henderson is fully fit.

Henderson came on as a half-time substitute in the 1-0 win over the Czech Republic, his first action at the Euros following a groin injury, and impressed with a lively display in midfield.

Rooney added: ‘Provided Jordan Henderson is fit I’d start him alongside Declan Rice and Kalvin Phillips but Henderson has to be 100 per cent. In a game of this size, where Germany will keep the ball and make you run, you will suffer if you’re not completely there physically.

‘I’d use Jude Bellingham instead if there is the slightest doubt about Henderson. That extra man in midfield would help Gareth Southgate to start the game solidly, feel how it’s going and maybe look to make the difference by introducing the quality of Grealish or Phil Foden from the bench. Against Germany you have to be cautious.’ 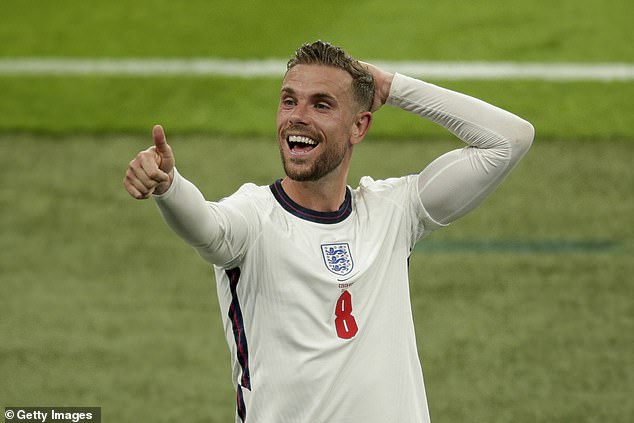 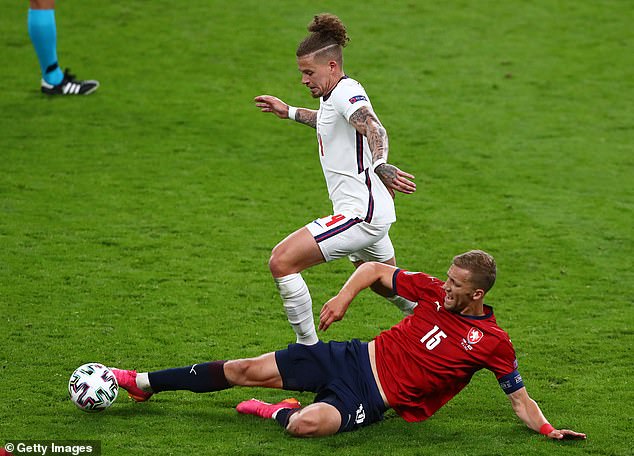 Kalvin Phillips and Declan Rice also make the starting XI, as part of a three-man midfield

Rooney has bad memories facing Germany at a major tournament, having been part of the England side that was thrashed 4-1 at the last-16 stage of the 2010 World Cup in South Africa.

And Rooney believes that Germany, not France or Portugal, is the hardest side England could have faced at the Euros.

‘They are the toughest second-round opponents England could have — I would rather be up against Portugal or France,’ Rooney argued.

‘Yes, Germany only squeezed past Hungary and had (by their standards) poor results coming into the tournament but their performances against the Portuguese and the French were among the best I’ve seen at Euro 2020. England have a chance, but I think it’s going to be difficult.’

The winners of either England or Germany will face Sweden or Ukraine in the quarter-finals of the Euros. 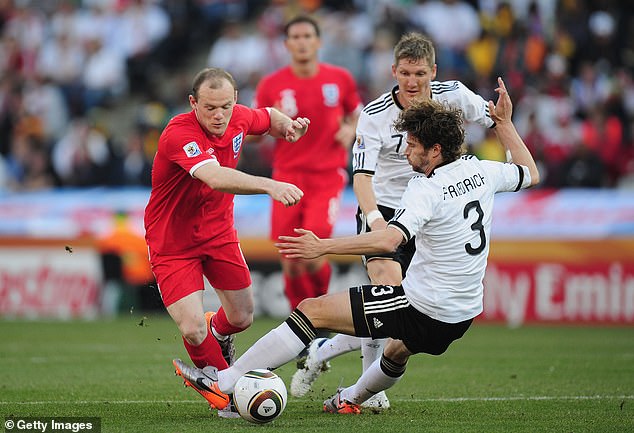