By Sam Mcevoy For Mailonline

Carlo Ancelotti has denied reports that he is looking to sensationally bring Cristiano Ronaldo back to Real Madrid – claiming he’s ‘never considered signing him’.

The Portuguese forward has just 10 months left to run on his £25.5million-a-year contract at Juventus and his future in Turin is far from certain, having been linked with moves to PSG and former club Manchester United in recent weeks.

Reports from Spanish television station El Chiringuito on Wednesday even claimed that a emotional return to Real Madrid – the club where he won four Champions League titles and remains their best ever goalscorer – was on the cards, with Ancelotti said to be behind the move. 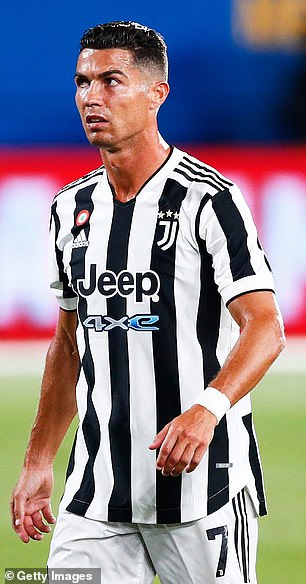 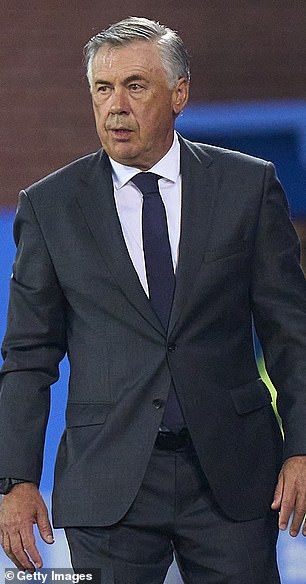 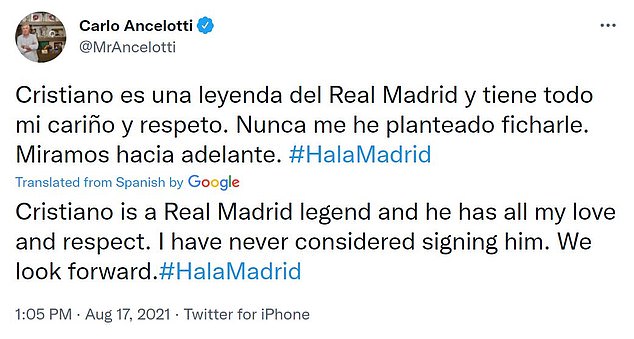 But those reports could not be further from the truth, with Ancelotti himself taking the unusual step to rubbish the claims on Twitter.

Ancelotti tweeted: ‘Cristiano is a Real Madrid legend and he has all my love and respect. I have never considered signing him. We look forward. #HalaMadrid’

The Spanish giants have a limited budget due to the pandemic and any money they have in reserved is being saved up for a big-money move for Kylian Mbappe – not Ronaldo. 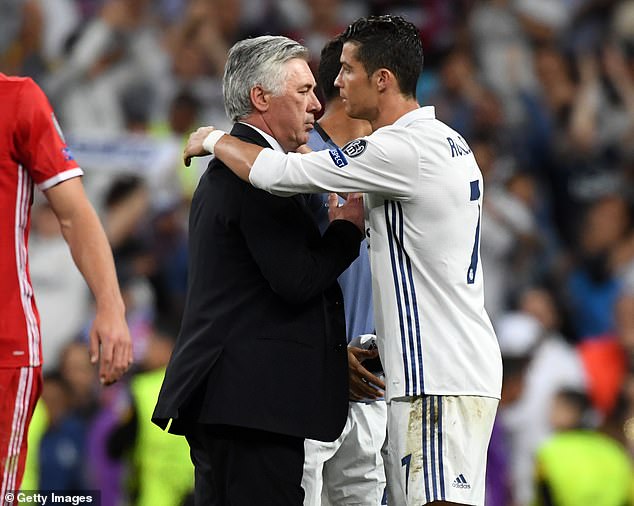 The 36-year-old is also reportedly available for £25m, given he only has a year left on his deal, and is open to joining Manchester City should they give up on their £127m pursuit of Harry Kane. 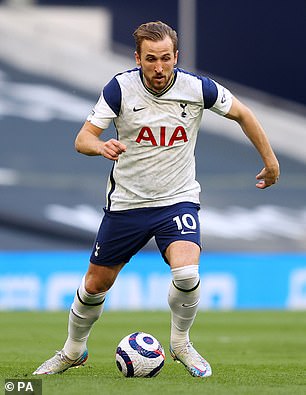 A potential Ronaldo move to City would be a hugely controversial transfer given the five-time Ballon d’Or winner spent six successful seasons at the Premier League club’s arch-rivals, Manchester United, scoring 118 goals in 292 games between 2003 and 2009.

Ronaldo has always held a strong bond with the United fans, so a move to the Etihad Stadium would be seen as a betrayal.

City are yet to improve upon their £100m informal offer to Spurs earlier in the summer. Spurs chairman Daniel Levy values Kane at a minimum of £150m and will not entertain offers south of that.

As it stands, City are unwilling to match Tottenham’s valuation, though they do intend to make an improved offer before the window closes at the end of the month.

City chiefs are ready to tell their Spurs counterparts that they are unlikely to renew their efforts to sign Kane next summer if they fail this month. 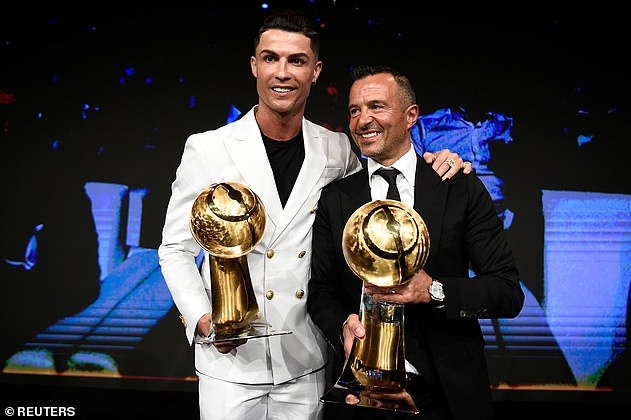 City believe they will get full value out of a mega-money swoop for Kane this transfer window with the striker’s age becoming an increasingly important factor in any move next year.

Kane turns 29 before the start of next season, which would likely result in City cooling their interest in 2022.

City are in desperate need of a striker after losing 1-0 in their opening Premier League match to a Kane-less Tottenham on Sunday, with Ferran Torres and out-of-favour forward Gabriel Jesus failing to find the net in north London.