By Sam Blitz For Mailonline

Thai snooker player Thepchaiya Un-Nooh managed to complete the first ever 155 break caught on camera in just eight minutes during a practice match in Darlington.

The 36-year-old was taking on fellow professional Hossein Vafaei in the Q House Snooker Academy on Saturday afternoon when their match started with a foul by the Iranian opponent which resulted in a free ball, then the world No 21 potted the black before completing a 147 break.

Un-Nooh’s incredible achievement was not meant to be recorded, but CCTV cameras managed to capture the 155 break from a distance, with the Thai player celebrating wildly after he potted the final black ball. 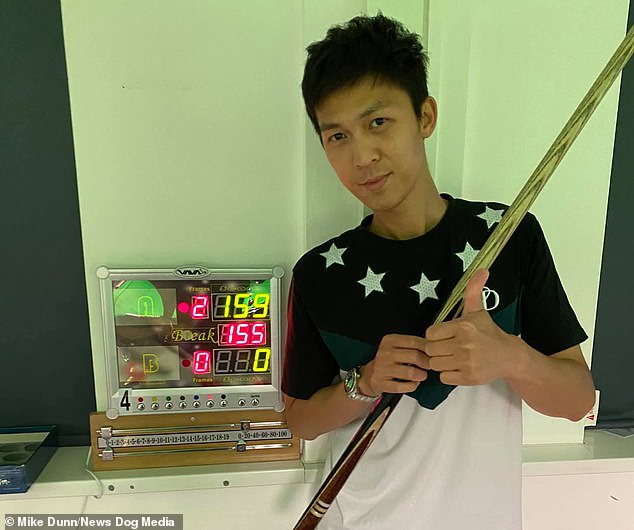 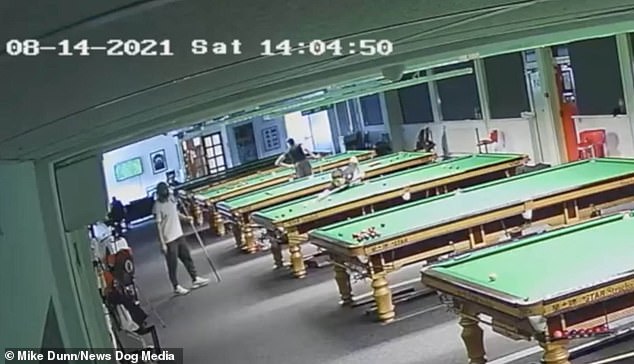 A 155 break is the absolute maximum break you can get in snooker and it is very rare.

It can only come about when a player fouls at the beginning of the game (when no balls have been potted yet) which leads to a free ball.

The other player can then pot any other ball as if it were a red (resulting in one point irrespective of its colour) before potting a coloured ball. Both balls are then returned to the table.

So when the free ball is in play, if you pot any ball, followed by the black, then complete a 147 break by potting every ball in, this results in 155 points.

The Bangkok-born competitor had little time to celebrate, however, as Vafaei, 26, very quickly rearranged the table to take Un-Nooh on for another frame, after failing to get a chance to score points in his previous effort.

Vafaei is the current world No 31 and is the first Iranian professional snooker player in the history of the game.

Un-Nooh is not the first player to achieve this rare break in snooker as England’s Jamie Cope managed it during a witnessed practice frame in the summer of 2005 when he was just 20-years-old.

Cope, nicknamed the Shotgun, went on to become the world No 13 and managed to achieve three 147 breaks in professional frames during his career.

Un-Nooh, meanwhile, is known in the snooker world as the ‘Speed King’ due to the very short amount of time he needs to take his shots during tournaments.

In the 2017-18 World Tour season, the Thai player averaged less than 17 seconds per shot but failed to win a ranking event in that campaign.

He moved to Darlington in 2018 in the same year he made his first ever appearance at the World Championships in Crucible and regularly trains in the town’s Q House academy. 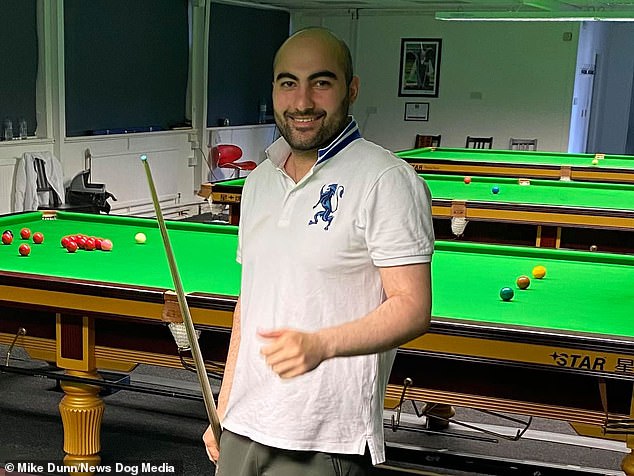 Un-Nooh has just won a single ranking event in his career – the 2019 Snooker Shoot Out and also finished as runner-up to Judd Trump at the World Open in the same year.

In winning the Snooker Shoot Out, he became only the second Thai player to ever win a ranking event on the World Tour.

The 36-year-old has managed to achieve two 147 breaks in his career, along with 123 century breaks.