‘We take the knee… but after the game we see another insult’: Chelsea’s Romelu Lukaku becomes the latest Premier League star to raise doubts over the gesture – and wants social media giants to tackle online racism

By Sami Mokbel For Mailonline

Chelsea striker Romelu Lukaku has questioned whether taking the knee is having a strong impact in the battle against racism.

Ahead of the current campaign Premier League players agreed to continue making the salute, that first started at English football grounds during Project Restart, in the continued fight against racism.

But the act has been met with some skepticism from some circles. Wilfried Zaha and Ivan Toney have stopped taking the knee. Zaha branded the act as ‘degrading’ earlier this year while Toney said players were being ‘used as puppets’ in being asked to take a knee.

This week Lukaku’s team-mate Marcos Alonso spoke of his reasons why he has decided to stop making the pre-match gesture. 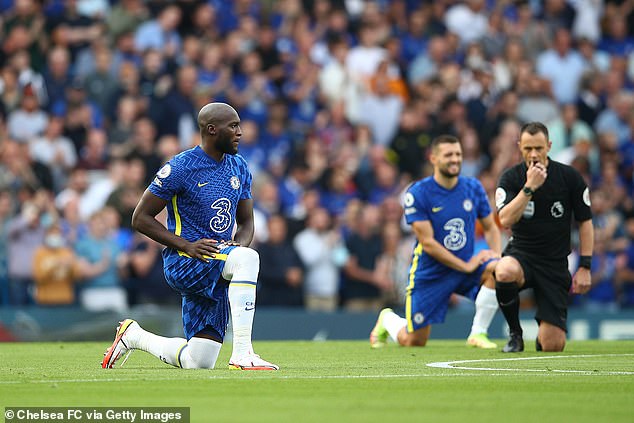 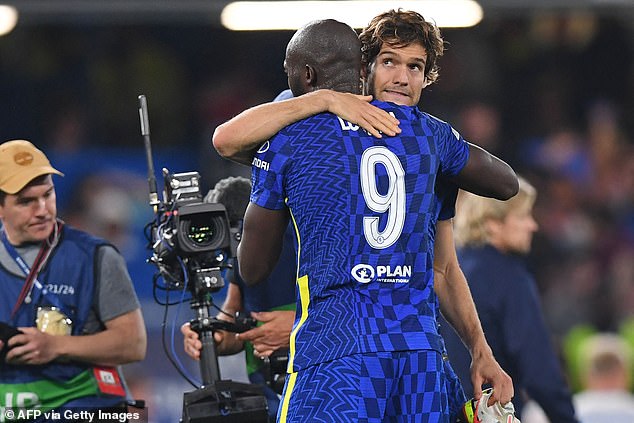 And speaking to CNN, the Chelsea striker said: ‘I think we can take stronger positions, basically. Yes, we are taking the knee, but in the end, everybody’s clapping but… sometimes after the game, you see another insult.’

Sportsmail revealed earlier this week that the UK Government will come under pressure from English football’s key stakeholders to ensure that no delays in finally introducing the Online Harms Bill are created by the recent Cabinet reshuffle following the worrying trend of players being abused on social media.

The game’s leading organisations are growing increasingly resigned to the prospect of the new legislature, that aims to tackle the worrying issue of online abuse, being put back despite the original plan to have launched the bill by the end of 2021.

Indeed, there are prevalent fears from inside football that the new laws will not be enforceable until the latter part of 2022 – a prospect that will cause major consternation given the trend of players receiving sickening abuse on social media. 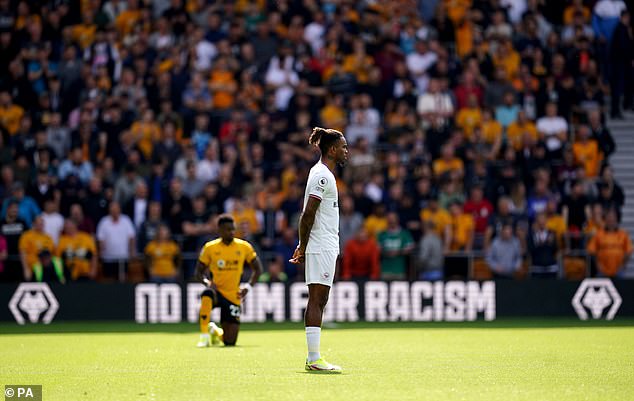 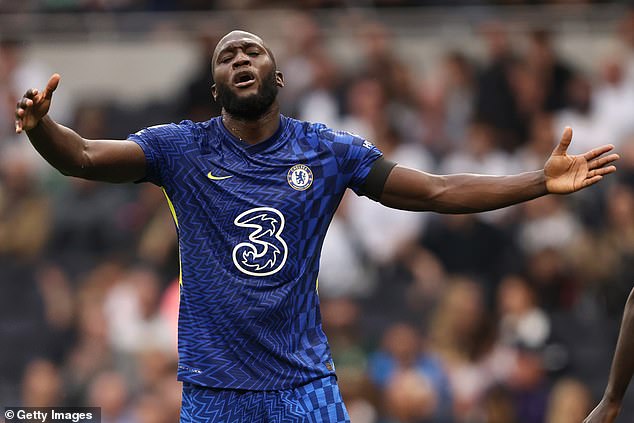 And Lukaku believes players must come together to take on huge online platforms such as Twitter and Instagram.

‘The captains of every team, and four or five players, like the big personalities of every team, should have a meeting with the CEOs of Instagram and governments and the FA and the PFA, and we should just sit around the table and have a big meeting about it,’ said Lukaku.

‘How we can attack it straight away, not only from the men’s game, but also from the women’s game. I think just all of us together and just have a big meeting and have a conference and just talk about stuff that needs to be addressed to protect the players, but also to protect fans and younger players that want to become professional footballers. 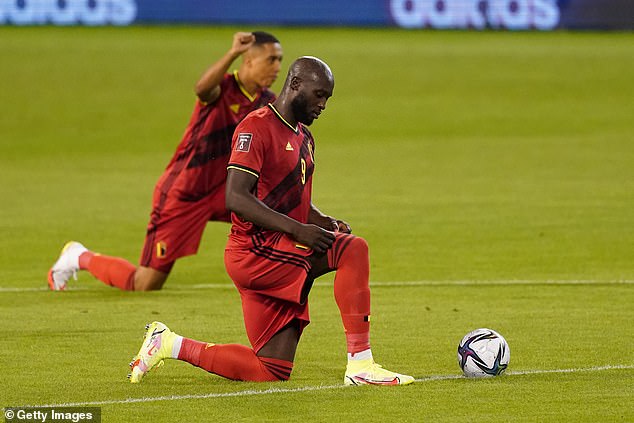 ‘If you want to stop something, you can really do it. We, as players, we can say “Yeah, we can boycott social media,” but I think it’s those companies that have to come and talk to the teams, or to the governments, or to the players themselves and find a way how to stop it because I really think they can.

‘I have to fight, because I’m not fighting only for myself. I’m fighting for my son, for my future kids, for my brother, for all of the other players and their kids, you know, for everybody.

‘At the end of the day, football should be an enjoyable game… You cannot kill the game by discrimination. That should never happen. Football is joy, it’s happiness and it shouldn’t be a place where you feel unsafe because of the opinion from some uneducated people.’