The secret behind the Haitians who have turned up in Del Rio, Texas is that they didn’t migrate from Haiti at all but from Chile, where they had been granted asylum and were working and living comfortably as refugees.

The dozens of Chilean identity cards that litter the ground in Ciudad Acuna, just across the Rio Grande from Del Rio all bear distinctly non-Hispanic names.

There is Prosper Pierre for instance, or Linode Lafleur or Eddyson Jean-Charles. None of the cards carries a name such as Gonzalez or Muñoz or Rojas.

A closer look shows three telling letters – HTI – on the cards where they ask for the bearer’s nationality.

These are the discarded ID cards of Haitians who have turned up in Del Rio by the thousands.

But they haven’t come from Port-au-Prince or Cap-Haïtien or any other city in the poorest nation in the Western Hemisphere. These have mainly come from Santiago, the glittering capital of relatively prosperous Chile. Many had jobs there.

‘As one put it to me, “I love Chile, it’s 1,000 times better than Haiti,” migration expert Todd Bensman of the Center for Immigration Studies told DailyMail.com.

‘But I want to come to the United States, that’s a million times better.’ 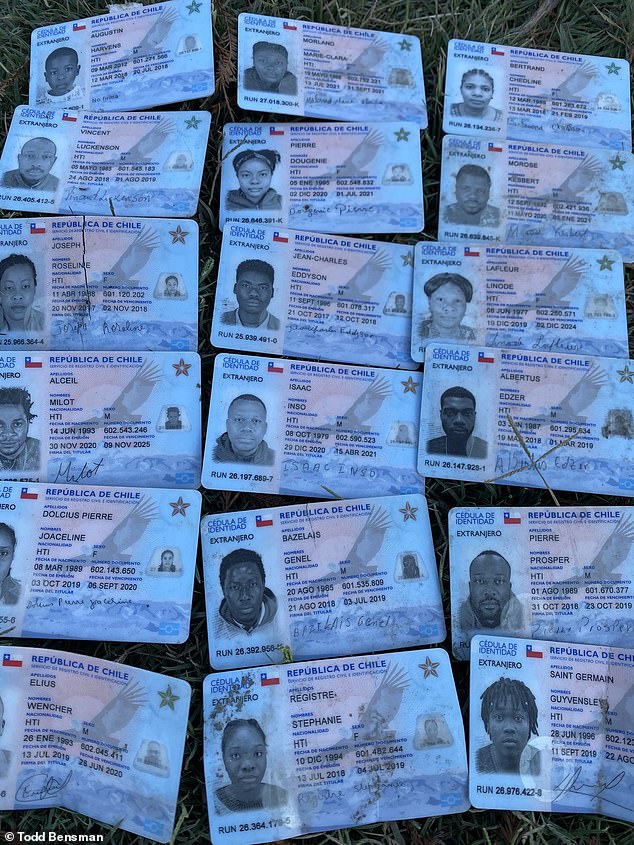 These are the discarded ID cards of the Haitian migrants who have turned up in Del Rio by the thousand after leaving Chile, where they were living as refugees 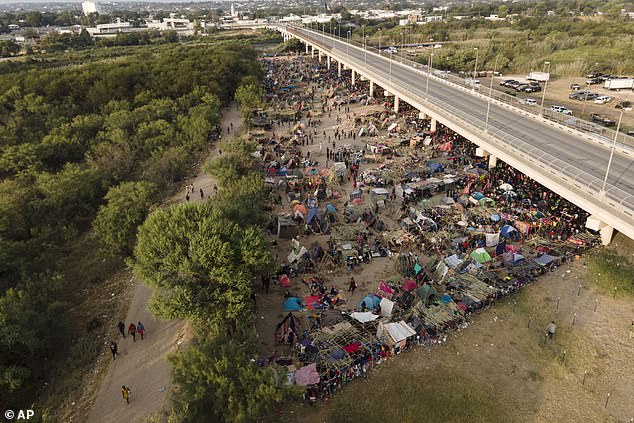 DailyMail.com has learned that tens of thousands of migrants flocked to Del Rio, Texas, because they heard the local branch of the Los Zetos cartel lets them cross the Rio Grande for free 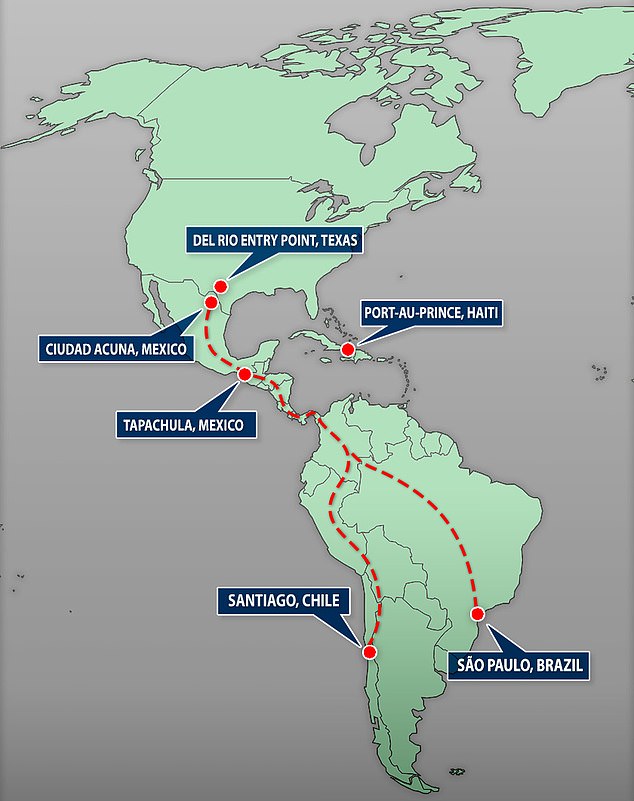 DailyMail.com has learned that the majority of Haitians in Del Rio have actually come from Chile or Brazil, where they have been living as refugees for years, and only set off for the US after Biden opened the borders. The migrants were stopped in Tapachula, Mexico after the Biden administration pressured Mexican authorities not to let them come further north, but were suddenly released on September 12

They have come mainly from Chile – the wealthiest country in Latin America – and Brazil – the fifth wealthiest – where they have been living in modest comfort in Santiago and São Paulo for the past five or six years.

There are an estimated 150,000 Haitians in Chile and around 125,000 in Brazil – tiny fractions of the two million that live in the United States.

But as US immigration rules became tougher, people desperate to leave the impoverished island began to look to South America as a haven.

Bensman revealed that he has not met any Haitian in Del Rio or Acuna who has come directly from their Caribbean-island homeland.

‘When Biden got in, word went out and they decided, we’re coming now. That was the decision point. I’ve interviewed 60 to 70 Haitians over the last year and it’s always the same story – Joe Biden opened the border so we decided we could upgrade our lifestyle.

‘I interviewed a guy an hour ago who said he was living in Brazil and making good money but he said he heard everyone was getting into America so he came.’

The immigrants traveled up from South America on a path that took them through Colombia, Panama, Costa Rica, Nicaragua, Honduras and Guatemala before landing in a camp across the Mexican border in Tapachula.

There they stayed at the behest of the Biden administration who pressured Mexican authorities not to let them come further north.

That was until Sunday September 12, when Mexico suddenly said they are free to go, said Bensman.

So they headed for the United States. Del Rio was the destination of choice because unlike most other places on the border the local branch of the Los Zetos cartel allows them to cross for free, DailyMail.com has learned.

In most Mexican frontier towns, coyotes charge fees of up to $10,000 per head to smuggle people across the border.

But Del Rio is different, and by last weekend, just a week after they were freed from Tapachula, thousands had camped out under the Del Rio International Bridge – overwhelming the city of just 35,000 people. 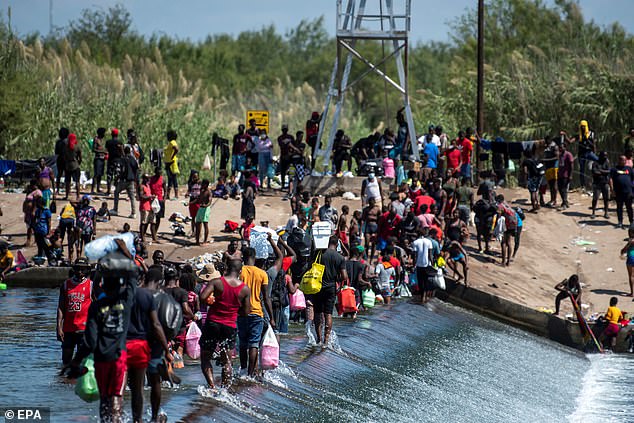 Migrants wait on the Rio Grande to cross to the United States, in Ciudad Acuna, Coahuila state, Mexico on September 18 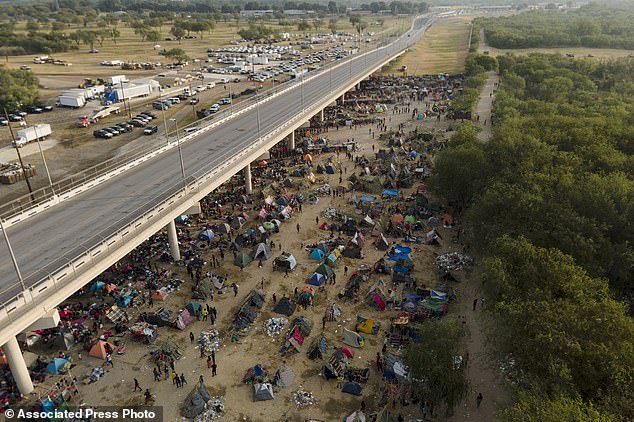 The sight of the squalid camp infuriated local politicians and saw the Biden administration scramble to get extra Border Patrol officers to the area while announcing that all the migrants camped in Del Rio would be deported back to Haiti.

A miles-long steel barrier of state-owned vehicles was put in place on Wednesday to physically keep the immigrants – who had dumped their identity cards at the border so US authorities would not know where their journey had started — from getting away from the border.

Speaking exclusively to DailyMail.com, Bensman – who has spent the past week with the Haitians in Ciudad Acuna – said the absence of smuggling fees made the Del Rio sector the cheapest on the border.

‘The cartel landscape is not the same in Del Rio as it is in Rio Grande Valley and other parts of Arizona and California. It’s different everywhere.

‘In this sector, there’s never really been cartel human smuggling on the same scale – I’m sure you can find a coyote here if you need one.

‘People just cross on their own and make their way into the US without paying anyone. You’ll pay further south in Texas but if you come through here, you pay nothing.

Other nationalities have also cottoned on to the lack of cartel activity in the Del Rio sector with Cuban migrant Williams Rodriguez, 28, telling DailyMail.com: ‘We found out [about Del Rio] thanks to several people who were crossing into American lands and they told us what the route was like. 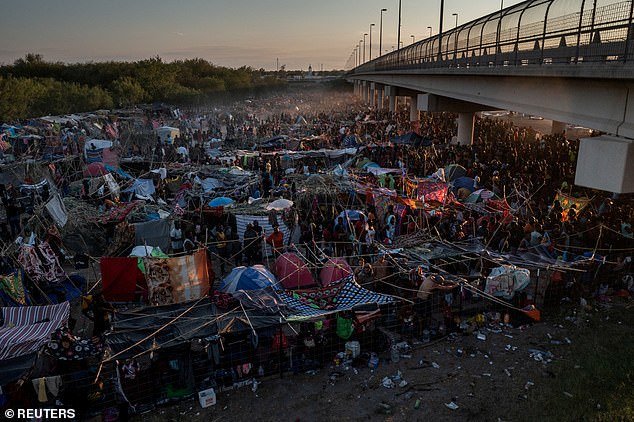 As a result, 15,000 Haitian migrants were encamped under the Del Rio International Bridge by last weekend – overwhelming the tiny Texas city of just 35,000 people 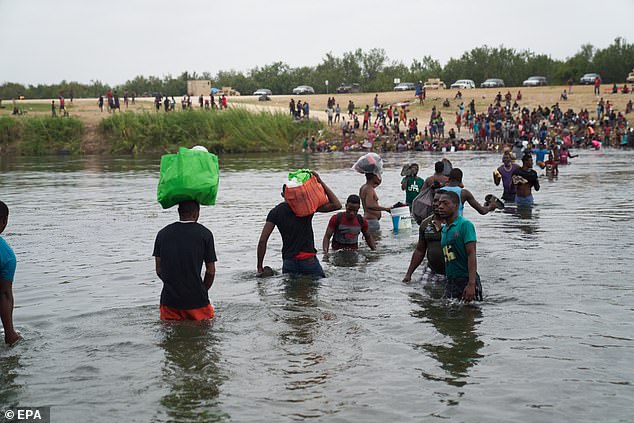 Migrants, many of them Haitian, cross the Rio Grande river back and forth from the United States and Mexico, to camp after a lack of supplies are given to them in the USA in Ciudad Acuna, Mexico, 21 September

‘We knew it would be dangerous and we knew we are risking our lives but as the saying goes, he who does not take risks, does not win.’

His friend Luis, 56, added: ‘We were told this was the only place to cross.’

Bensman, a fellow of National Security Studies at the CIS, also said that many of the Haitians claim Mexico had turned a blind eye to their movements after months of penning them up on their southern border.

Most of the migrants traveled from Tapachula province where they had trapped by roadblocks manned by the Mexican National Guard and had been forced to comply with onerous immigration rules that include getting their papers stamped every two days.

The rules were introduced under the Trump administration – sparking riots among the Haitian and African migrants trapped there. Biden had asked Mexico to keep the measures in place.

‘Remember the Haitians had been causing problems down there because they were so frustrated by the requirements, Bensman explained.

‘My speculation is that the Mexicans felt like this was becoming too much of a problem for them so they simply let them flush north.’

‘But I really think it was more of a holiday present for the people of Tapachula who were going to have parades and their celebrations and all that,’ said Bensman. 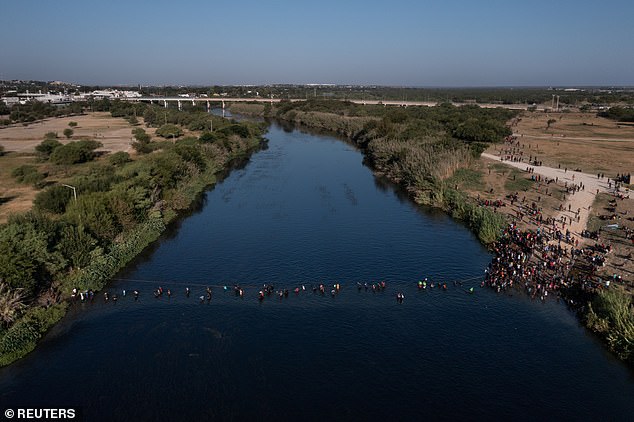 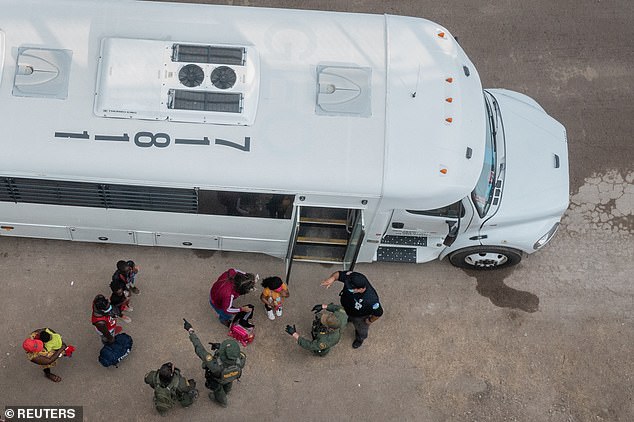 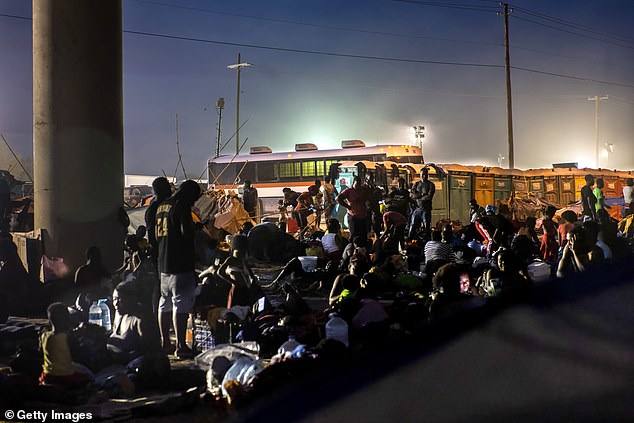 ‘I think they just said we’re going to have El Grito without 50,000 angry Haitians here.’

The migrant camp under the Del Rio International Bridge is currently being dismantled by Border Patrol, who are busing people out and putting them on deportation flights back to Haiti.

On Tuesday, four flights left the US from Harlingen, Texas, bound for the capital, Port-au-Prince.

Two more – from Laredo and Harlingen – were scheduled for Wednesday, with up to six more due to take off each day until the camp is cleared.

On Sunday, 2,300 migrants crossed back into Mexico after hearing of the flights and made a break for other border towns such as Reynosa where more Haitian refugees are gathering.

Bensman says others plan to wait it out in Ciudad Acuna or are traveling back to Tapachula to dodge deportation.

He said: ‘They have left the camp in Del Rio because they fear they will be deported and it’s credible because all of them have text messages and photos sent from the tarmac in Port-au-Prince 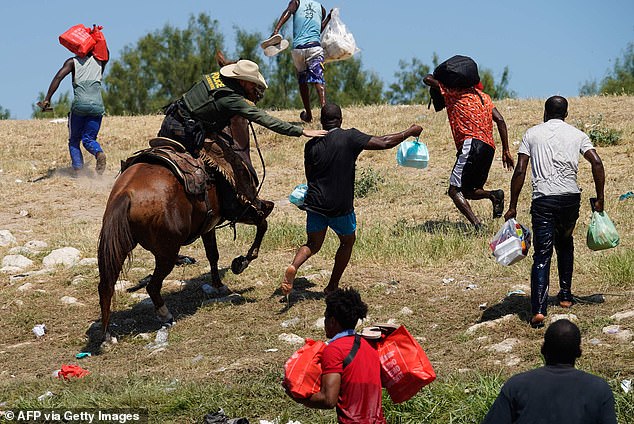 There was even a takeover of an ICE bus by Haitians who realized knew they were being taken to an airport instead of being released into America, he added.

‘Some of the Haitians were nonplussed because their friends in Haiti said don’t believe the Americans, don’t get on the bus. If you get on the bus, they’ll take you to the airport.

‘So all of these people were running away from the buses, the bus loading that’s going on, because the Americans are not telling them where they’re going.

‘That’s why this camp is over. Remember, these people living Chile and Brazil. They told me they would far rather live in Mexico or Chile than be returned to Haiti.

‘It’s the ultimate horror for them. But they take their gamble and sometimes it doesn’t work out.

‘They had two dollars and they figured, well I want five dollars so they put their money on the table and they’ve ended up in debt.’