Lewis Hamilton has hit out at Red Bull technical advisor Helmut Marko – who downplayed his shocking crash with Max Verstappen at the Italian Grand Prix – by claiming: ‘I didn’t say I was dying.’

Verstappen’s Red Bull car launched off a ramped curb at Monza and onto the top of Hamilton’s Mercedes head, with only the protective Halo device preventing the reigning world champion from serious injury.

The Mercedes driver revealed last week that he is receiving specialist treatment on his neck after the incident, which earned Verstappen a three-grid penalty for the Russian Grand Prix this weekend, but Marko claimed a ‘show was put on’ for the Mercedes driver. 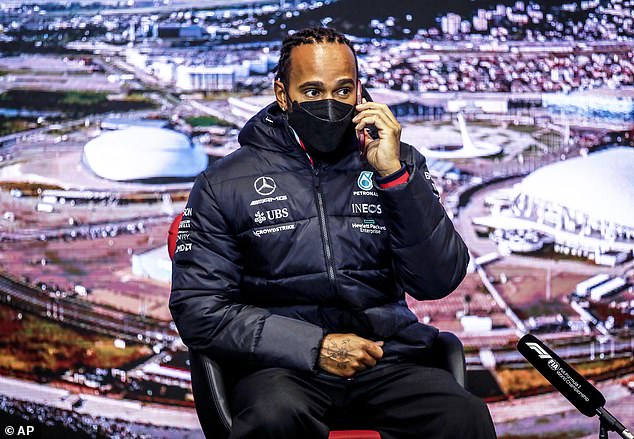 Lewis Hamilton has hit back at Red Bull director Helmut Marko, who tried to downplay the Mercedes man’s injuries from the Italian Grand Prix 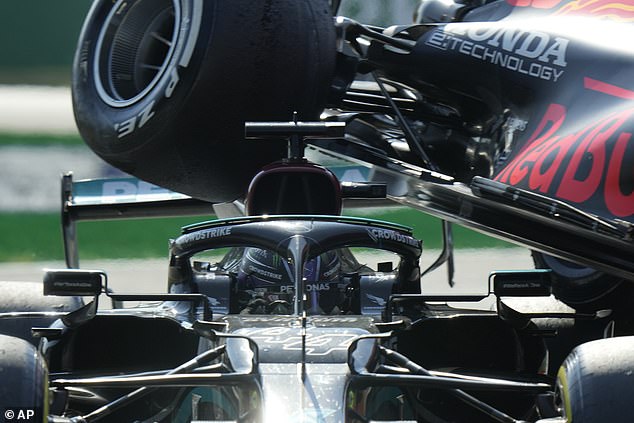 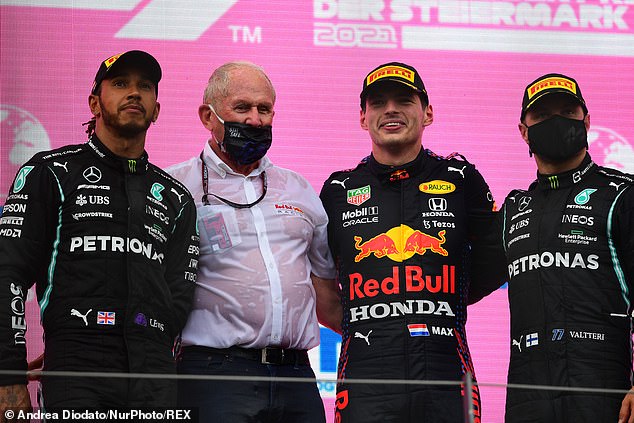 The Red Bull advisor also questioned the extent of Hamilton’s injuries after the Formula One champion flew to New York for the Met Gala event, but Hamilton has fired back at Marko by criticising his comments.

‘I mean I don’t really listen to what these individuals talk about,’ Hamilton told a press conference on Thursday. ‘It’s inevitable that when a car lands on your head, you’re going to have some sort of discomfort.

‘I definitely felt a bit of pain I think after the race and then I said I was going to get it checked out and I worked with Angela (Cullen, Hamilton’s physio) straight after the race and during the flight had checkups the next day and then we just worked on it through the week with acupuncture and everything.

‘I didn’t say I was dying. Of course, aware of the fact that in just a millisecond, anything can happen. And so I did feel grateful. It was difficult. It was intense. 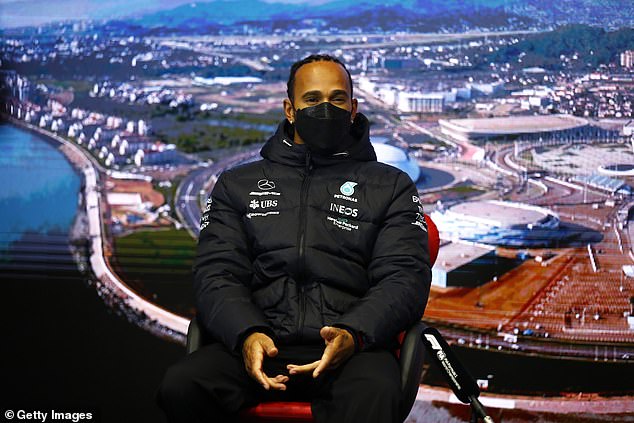 ‘I was going through a lot of different emotions, didn’t always handle it the best. And that’s to be expected, there’s a lot of pressure from you working in a big team, there’s a lot of self-expectation and pressure because the desire to win is huge.

‘I was just saying that I empathise and understand that but I know that we will continue to grow from this.’ 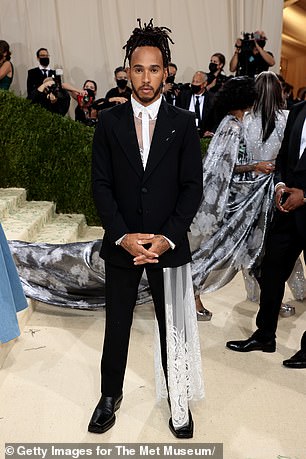 After the incident in Italy, Verstappen didn’t hang around to check on the condition of Hamilton, instead storming off to the pit lane having ranted to his team via radio, with the British driver emerging from the cockpit of his car a few minutes later.

The incident has split the world of Formula One, with the likes of Ralf Schumacher also criticising the fact Hamilton flew to New York when he was supposedly injured, while Daniel Ricciardo has defended Verstappen over his role in the crash.

Sportsmail revealed last week that F1 chiefs are delighted to see Hamilton partying in New York after the injury so soon after revealing his specialist treatment. Marko, however, thinks too much is being made of the incident.

Speaking to the Osterreich newspaper, Marko said last week: ‘It was a normal racing accident. All the stories around it were pulled up by the hair by Mercedes.

‘Verstappen had already got out when Hamilton tried to go back to get out of the gravel.  The medical car saw that and drove on. And then a show is put on that poor Hamilton is suddenly injured.

‘The whole incident was certainly not life-threatening. If he had really serious neck pain or problems, then he would not have been in New York – incidentally, in the very funny outfit he appeared in. 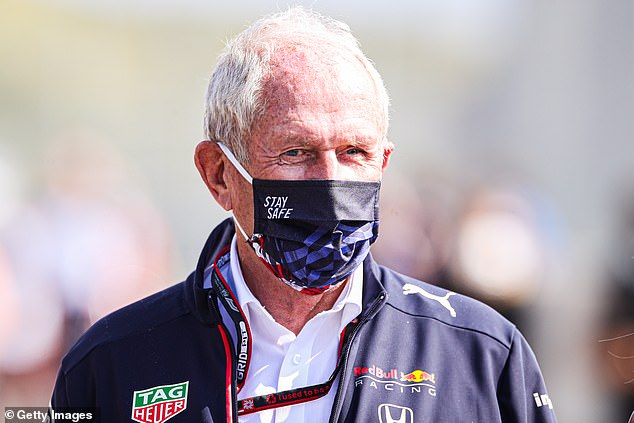 ‘If you go on a seven-hour flight with a stiff neck after an incident like this, it couldn’t have been all that serious.’

Hamilton, meanwhile, revealed on Thursday that he is not feeling any after-effects following the Monza crash and is ready to complete the Formula One season, which sees him and Verstappen competing for the championship at the top of the standings.

‘Lots of good positive treatments, lot of yoga and managed to get back in the gym and feeling good, so very fortunate.’