By Matt Mcnulty For Dailymail.Com

Lions and tigers infected with COVID-19 at the Smithsonian National Zoo in Washington DC are being fed chicken broth, goats cheese and baby food after the big cats stopped eating their meat.

The animals have been showing signs of improvement a week after the zoo revealed a Sumatran tiger, two Amur tigers and six African lions all tested positive for coronavirus.

But some are still exhibiting a loss of appetite, fatigue and respiratory distress, the Seattle Times reports. 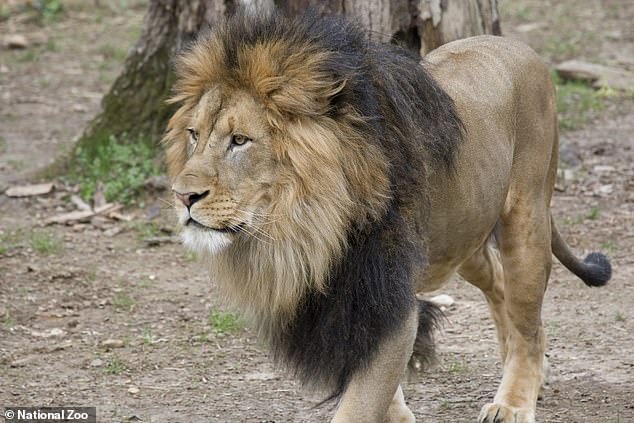 Pictured: Luke, a lion at the National Zoo in DC, is one of the animals at the facility that has tested positive for the coronavirus, officials said 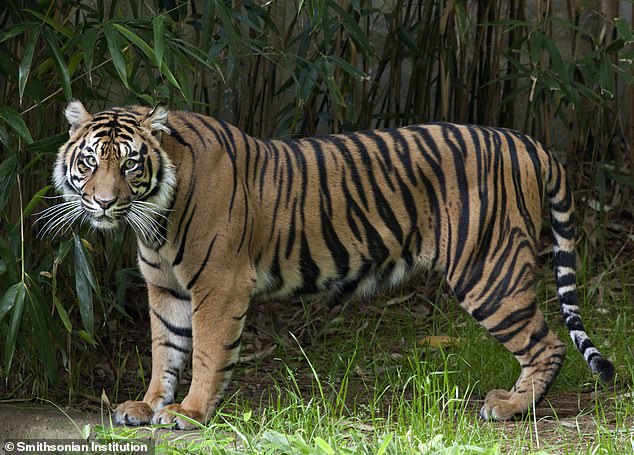 On Friday, zoo spokeswoman Pamela Baker-Masson said that caretakers in charge of overseeing the big cats had been noticing that some of the wild animals were not eating or drinking.

‘We saw a real decrease in appetite interest so this week they’ve done more to stimulate their appetite,’ she told the Times.

Zookeepers at the National Zoo say they first spotted the animals’ COVID-19 symptoms on September 11 and 12, according to the outlet. 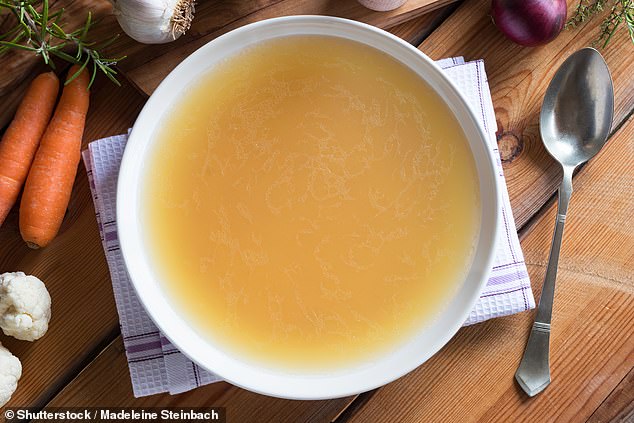 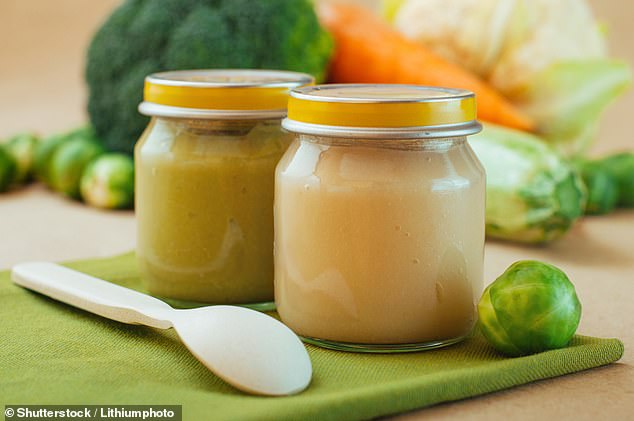 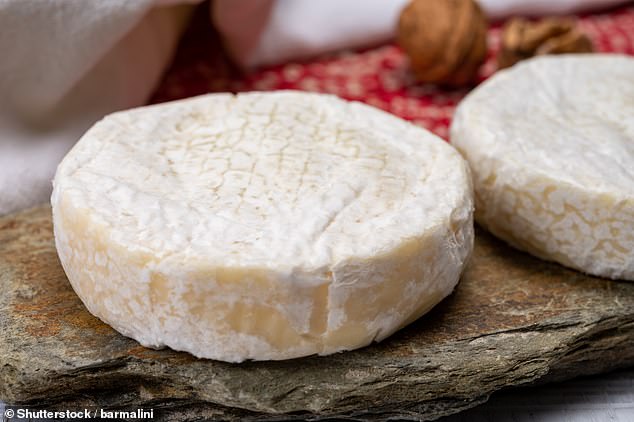 Goat cheese and milk is another food being offered to the infected big cats, as zookeepers hope the foods’ sharp smell will stimulate the wild animal’s senses and appetite

‘Last weekend, animal keepers observed decreased appetites, coughing, sneezing and lethargy’ in six African lions, a Sumatran tiger and two tigers from Siberia, who all tested positive for Covid in preliminary tests, the zoo said in a statement.

The sick cats are also being treated with anti-inflammatories and anti-nausea medication, as well as antibiotics to ward off bacterial pneumonia.

People who have visited the zoo are not at risk because of the distance between them and the felines, and no other animals have shown signs of infection, the zoo said.

The bout of sickness comes as several US zoos including the one in Washington announced Tuesday the launch of a vaccination campaign for animals susceptible to Covid-19. 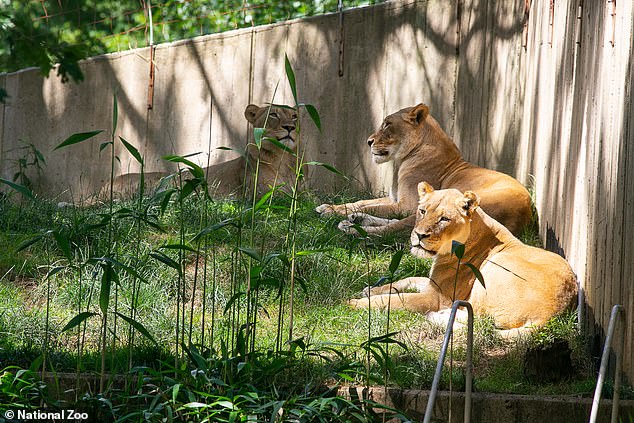 No other animals at the National Zoo have shown signs of infection, according to officials.

The US Department of Agriculture has authorized the use of a SARS-COV-2 vaccine made specifically for animals by Zoetis.

The first round of vaccine disbursement will be administered to select animals identified as a susceptible species at both the Zoo and Conservation Biology Institute in Virginia when it becomes available in the coming months.