Bill Shorten has once again broken ranks from the Labor leadership by demanding state premiers open their borders in time for Christmas – the latest in a growing list of rogue outbursts.

In his latest divergence from Anthony Albanese, Mr Shorten on Tuesday said he wanted interstate families to be reunited and slammed the Prime Minister for failing to get the states to agree to the national re-opening plan.

Western Australia, Queensland and Tasmania have threatened to keep their borders closed even after 80 per cent are vaccinated despite agreeing to a plan that removes domestic restrictions at this threshold.

‘The new leaders of Australia are the premiers. The Prime Minister is M.I.A,’ Mr Shorten told the Today show on Tuesday morning.

‘I feel like I live in the United Nations of Australia these days, and that’s a failure from Canberra. 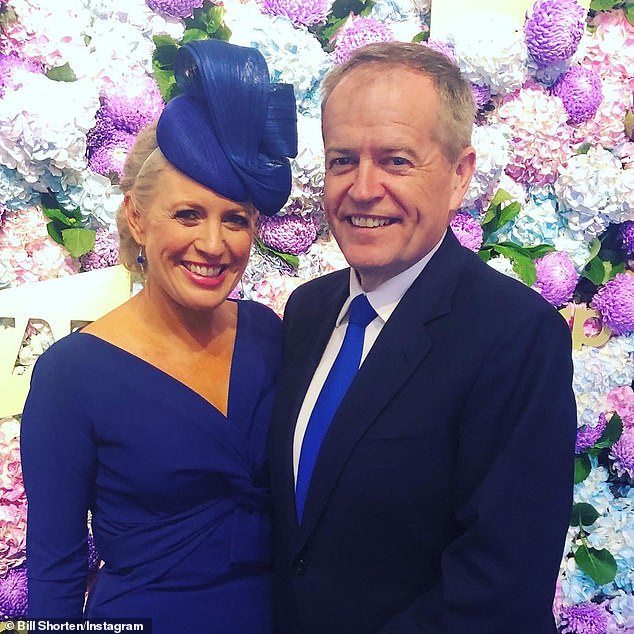 In his latest divergence from Anthony Albanese, Mr Shorten (pictured with wife Chloe) on Tuesday said he wanted interstate families to be reunited

He later said: ‘Wouldn’t it be good if we could just get an agreement led by Mr Morrison of the states that, as a reward for the last year and a half, families who are interstate can actually travel and Australia can be one country again, at least this Christmas,’ he said.

Mr Shorten’s call for the states to open up contrasts with Mr Albanese who has backed Labor premiers Mark McGowan and Annastacia Palaszczuk over their hard borders.

‘Mark McGowan doesn’t need my advice (on when to open up), Mark McGowan will make a decision in the interest of Western Australians,’ the Labor leader said last month.

A source close to Mr Shorten said he was not undermining Mr Albanese and was just speaking his mind in hoping that rules relax by Christmas.

Mr Shorten – who led Labor from 2013 to 2019 and is now shadow minister for government services – has broken ranks with Mr Albanese several times this year, sparking rumours that he wants the top job back, which are vigorously denied by those close to him.

Earlier this month he slammed the Prime Minister for showing ‘appalling judgement’ by using a travel exemption to fly from Canberra to Sydney for the Fathers’ Day weekend while normal families were split apart due to lockdowns.

Mr Morrison defended the move saying he lives in Sydney but had to get back to Canberra for work and Mr Albanese also backed the Prime Minister. 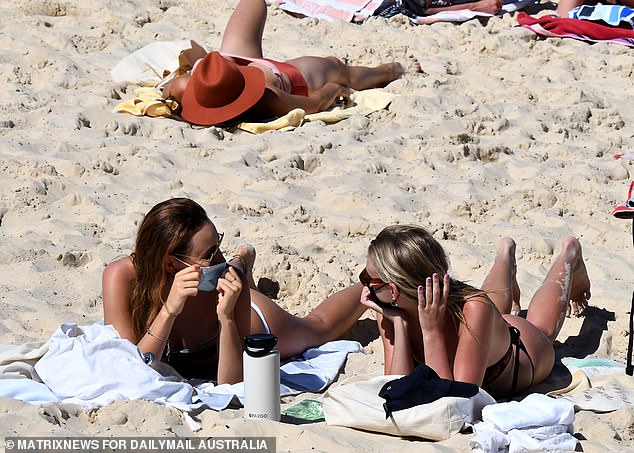 January: Accused Mr Albanese of having a ‘tiny’ policy agenda

Late September: Urged premiers to open borders for Christmas while Mr Albanese declines to pressure them

‘I’ve got a lot of criticisms of Scott Morrison but wanting to see his family is not one of them,’ the Labor leader said.

‘You’ve got to accept Covid in the community,’ he said.

Analysts said Mr Albanese was siding with cautious premiers who wanted to abandon the plan and request new modelling but his hand was forced by Mr Shorten and he finally endorsed it on August 25.

In January, Mr Shorten even took a swipe at Mr Albanese, accusing him of having a ‘tiny’ policy agenda and not standing for anything.

Launching a collection of essays by Labor’s Right faction titled The Write Stuff, he said: ‘I have learnt the lessons of defeat and I have learnt, and the party has learnt, the dangers of taking too large or too cluttered a policy agenda to the electorate.

‘But the polar opposite of a tiny agenda is not the right way either. 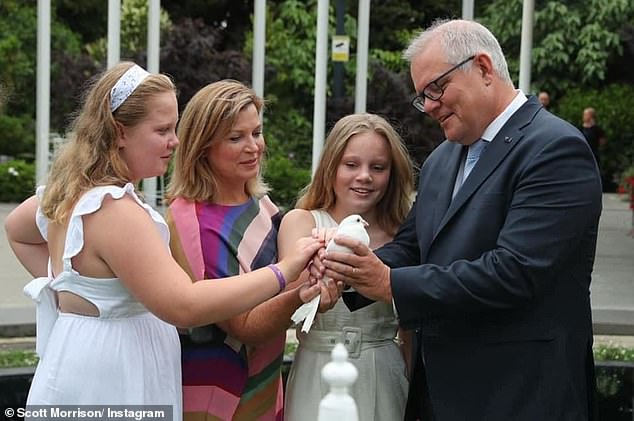 By going rogue so often, Mr Shorten has stirred speculation that he wants to reclaim the Labor leadership at some point.

The rumours came to a head in July when he described the vaccine rollout as a ‘s**t show’ in a live ABC interview, a move that analysts said was deliberately crafted to grab attention.

A federal colleague told the newspaper: ‘He’s floated the idea a number of times and everyone says ”no Bill, after two terms, and two losses, it’s over”.’

Another source said that Mr Shorten sees himself as ‘two leaders off’ reclaiming the top job.

But Mr Shorten appeared on the ABC’s Insiders the next day to dismiss the claims, saying: ‘It’s [an] unclear source, not a single person on the record.’

A source close to Mr Shorten said he had no desire to run for leadership. ‘It’s just not happening,’ the source said. 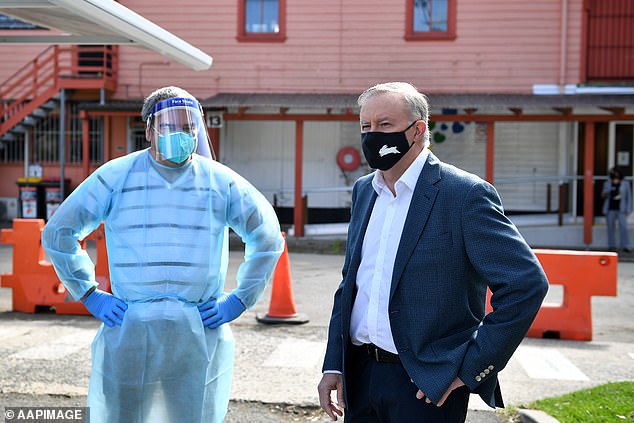 By going rogue so often, Mr Shorten has stirred speculation that he wants to reclaim Labor leadership at some point. Pictured: Labor leader Anthony Albanese in Sydney