Anti-vaxxer is spotted selling prosthetic arms ‘in various skin colours’ on Facebook for $1,500 so Aussies can FAKE getting the Covid vaccine

A renowned comedian has spoken about the bizarre moment he saw an Australian anti-vaxxer selling a prosthetic arm on Facebook so others could use it to ‘fake’ getting the Covid vaccine.

Taking to TikTok on Wednesday, Michael Shafar, who lives in Melbourne, shared the left-field offer which would set back those daring enough to try it a cool $1,500.

‘Apparently there is a guy on Facebook selling a prosthetic arm,’ he said in the clip, which has been viewed almost 287,000 times.

‘It is for those who don’t want to get vaccinated… so if you can’t afford that, you can always try turning up to your vaccine appointment dressed as Henry the Octopus.’

The advertisement, which was posted in a ‘Victoria Sell Your Stuff’ Facebook group, appears to be selling both left and right arm options. 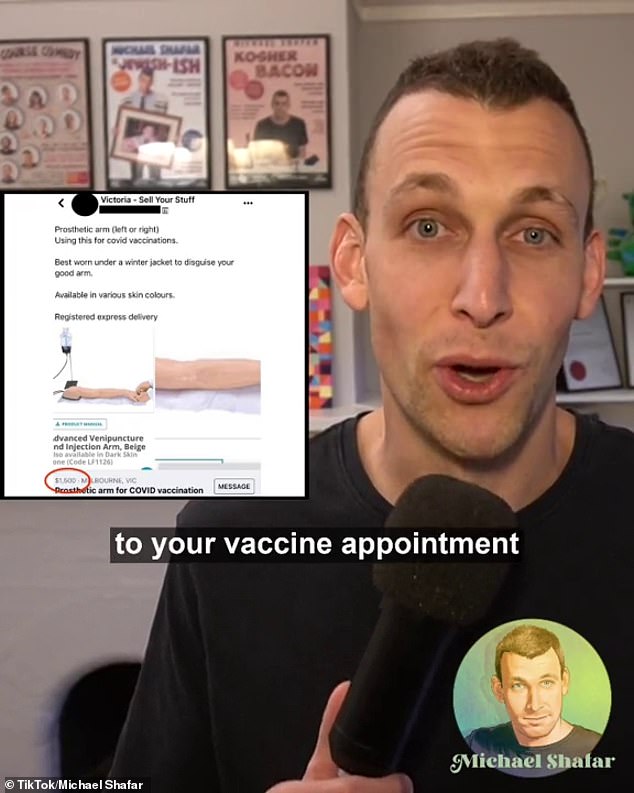 It’s not known how the arm would be disguised when presented to a nurse at a vaccination clinic.

Shafar, 30, is a rising star in comedy circles, and has also beaten cancer twice in recent years.

He was first diagnosed with testicular cancer in October 2017, and it quickly spread to his abdomen and chest.

Specialists gave him a 50 per cent chance of surviving the ordeal, but six months of chemotherapy and a few rounds of surgery later, he was given the all-clear by doctors.

While enduring lockdown in Victoria, cancer was yet again found growing in his abdomen. 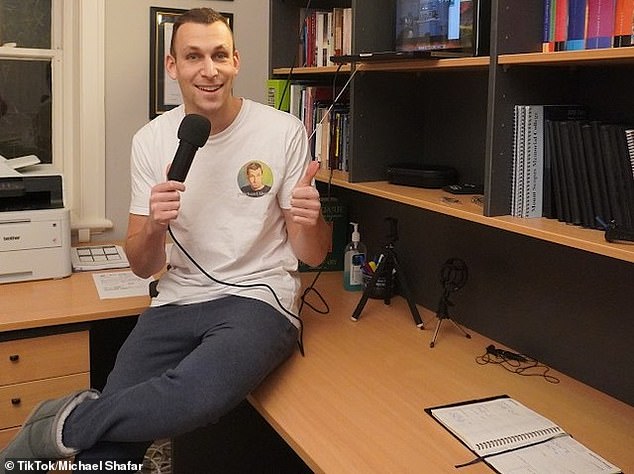 Taking to TikTok on Wednesday Michael Shafar (pictured), who lives in Melbourne, shared the left-field offer which would set back those daring enough to try it a cool $1,500

As Shafar went through another bout of chemotherapy, he feared the worst – but thankfully was given the green light by doctors for a second time.

‘They (doctors) are confident once again but you know, I’ve heard that before, so I kind of just try to take it one day at a time,’ Shafar said.

‘I don’t know what’s going to happen…the pandemic has shown us all we have no control over anything.’