Ilana El-baz, 20, (pictured) was spiked in a Bristol nightclub

Lying semi-paralysed on a staircase, this was a university student after her drink was spiked on a night out.

The shocking images show Ilana El-baz, 20, after returning home from a Bristol nightclub three weeks ago.

In the full recording, filmed by her boyfriend, the University of Bristol undergraduate can be seen struggling to get up the stairs, her eyes rolling as her head falls into the railings.

Miss El-baz, from Richmond, Surrey, gave the BBC permission to broadcast the clip to highlight the dangers of spiking – when victims are drugged without their knowledge either physically with needles or via their drinks.

The third-year student said she believes she was spiked by a fellow clubber who approached her and asked her to dance.

‘The moment I told him I was with my boyfriend he left me completely.

‘An hour later I went back home and it hit and I was completely paralysed,’ she added. 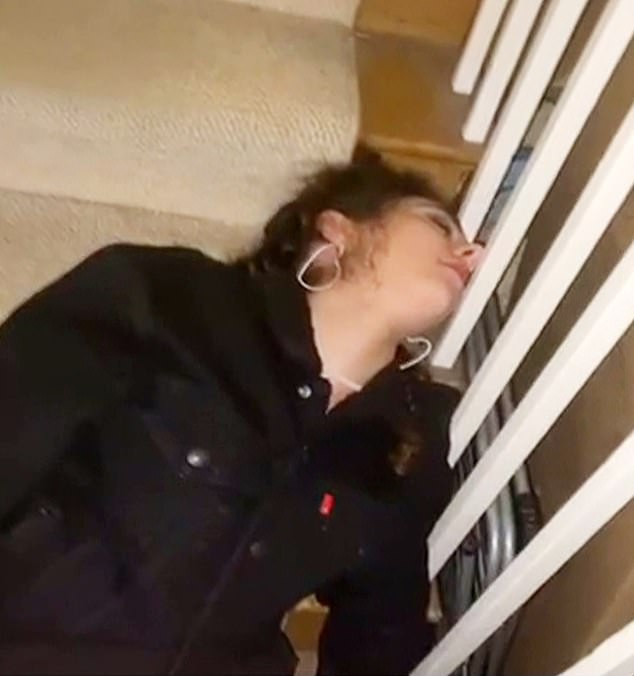 In the full recording, filmed by her boyfriend, the University of Bristol undergraduate can be seen struggling to get up the stairs 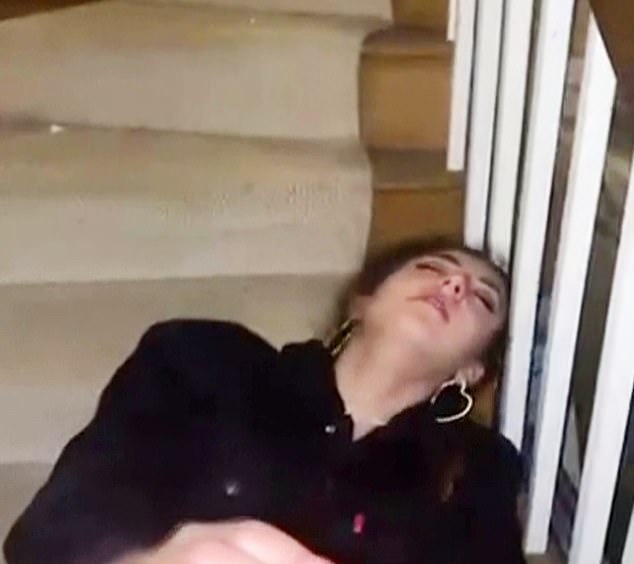 Miss El-baz, who is studying management with innovation, said she had been ‘lucky I was with my friends’.

Calling on clubs to do more to prevent spiking, she said clubs should put lids on drinks – as with takeaway coffee cups – to reduce the risk of them being tampered with.

‘The fact they don’t is shocking,’ she added.

Miss El-baz spoke out as female students across the country said they would boycott clubs from today in protest at the number of girls being stabbed with drugged needles on nights out.

The Girls’ Night In campaign will begin in Southampton tonight and spread across 43 university towns and cities over the next fortnight.

It comes in response to a reported rise in drinks being ‘spiked’ and a new alarming trend of girls being injected unknowingly with drugs.

Victims have become violently ill while out and only realised they had been injected when they found ‘pin prick’ marks on their bodies.

Those taking part in the boycott will stay at home on a designated night to raise awareness of the attacks and encourage venues to improve security.

Yesterday, Nottinghamshire Police said it was investigating 15 reports of alleged injection spikings made this month.

And West Midlands Police said it had received one report where the circumstances ‘appear to match the description of someone being spiked by injection’.

Several other women claim they have been spiked in Dundee, Edinburgh, Glasgow and Liverpool. 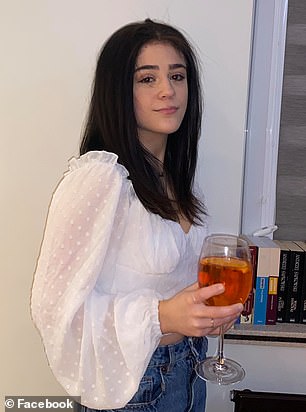 The drugs, which are believed to be sedatives, make victims more vulnerable to assault and police admitted earlier this week that there was probably a ‘sexual motive’ to the attacks.

A number of injection victims have already come forward, including Leah Wolstenholme, 18.

Yesterday her mother, Karen, told ITV’s Good Morning Britain that the Nottingham Trent student became ‘disorientated’ and ‘sick’ while out in the city and later discovered a red pin-prick mark on her wrist.

Describing it as ‘that dreaded call for a parent’, she added: ‘[She] wasn’t Leah. She wasn’t talking any sense and was just scared really.

‘It was a surprise to her. She had heard of this happening before but she didn’t think that it would happen to her. It was just really scary. It was a very scary moment.’

Molly Robinson, 19, also claimed that she was spiked at a flat party only a day after moving to university. She told BBC Breakfast: ‘I have no memory of the night whatsoever which is quite a terrifying and daunting experience in itself. I remember making dinner very early on in the evening and then it cuts to the morning after and that’s it.’

After becoming separated from her friends, she said they found her ‘completely unintelligible and passed out’ about an hour later. 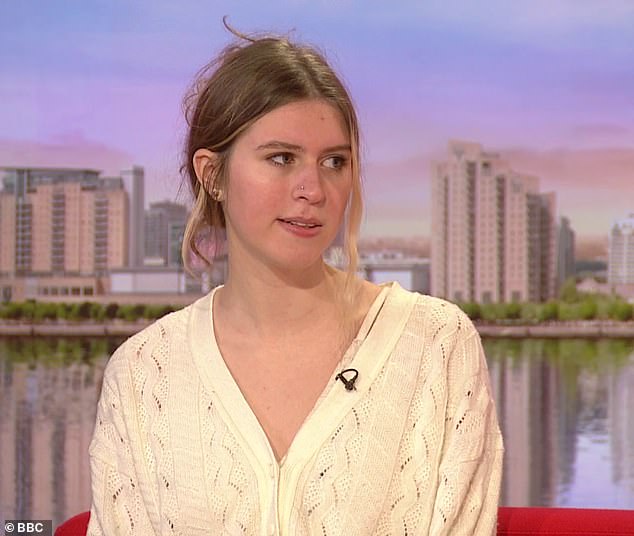 The next morning, Miss Robinson said she felt ‘very fragile’ and ‘physically unwell’, adding: ‘I was shaking a considerable amount and I felt lots of different mental emotions.

‘I was very embarrassed – that was my first initial reaction. It was people I just met and the second day of meeting them they see me in that state. Not knowing what was happening in those hours I was missing is a very scary idea.’

But Miss Robinson said she did not report what happened as she was still ‘working through that in my mind’.

The boycotts over the next week will take place in cities including Oxford, Cambridge and York as well as in Manchester, Exeter and Bristol. Edinburgh, Durham and Nottingham have also said they will be joining the campaign.

The Not On My Campus UK group, which is helping to coordinate the boycotts, said: ‘We must recognise spiking is not an incident that occurs just during freshers’ weeks and then disappears until next year.

‘It impacts students throughout the year, and we need to be working collaboratively, especially in partnership, to help promote a safer nightlife for all.’

Second year Bristol student Olivia Raymond told the university’s newspaper she would take part, adding: ‘I feel like there is a constant threat to my friends and I, and that we can never fully relax and enjoy nights out.’

Another Bristol student Lottie Adams said: ‘Stories of being spiked have wrongly become part of the normalised discourse surrounding club culture. Hopefully this campaign will change that.’

She added: ‘[It] is totally unacceptable and those who perpetrate it have no place in our venues.

‘We will work with authorities to find relevant solutions and expect the police to take appropriate action.

‘Hospitality venues already have stringent measures in place to keep guests and staff safe but will redouble their efforts.’

Police officers in plain clothes are also likely to be deployed in nightclubs across the country, the National Police Chiefs’ Council’s Sarah Crew told MPs earlier this week.