By Adriana Diaz For Dailymail.Com

An individual ‘with a knife and hostile intent’ was shot and killed outside the  entrance to the Marine Corps Recruit Depot (MCRD) in San Diego on Friday.

The person was fatally shot by a military police officer at the Gate 5 entrance after they exited their vehicle and ignored verbal commands to stop, MCRD officials reported.

‘Base personnel issued verbal commands to stop the vehicle at which point the individual exited their vehicle and approached with a knife and hostile intent,’ 1st Lt. Joshua Collins said in a statement to Fox News.

An individual ‘with a knife and hostile intent’ was fatally shot outside a military base Friday. Military personnel is seen at the gate 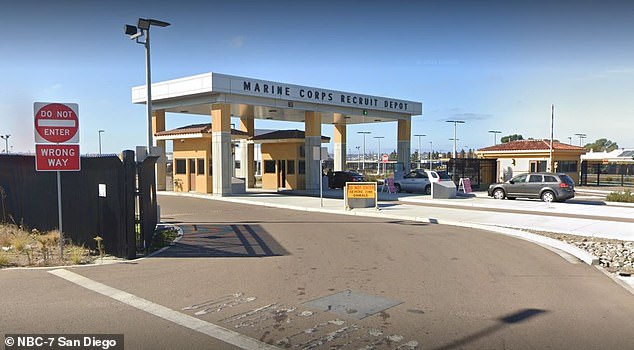 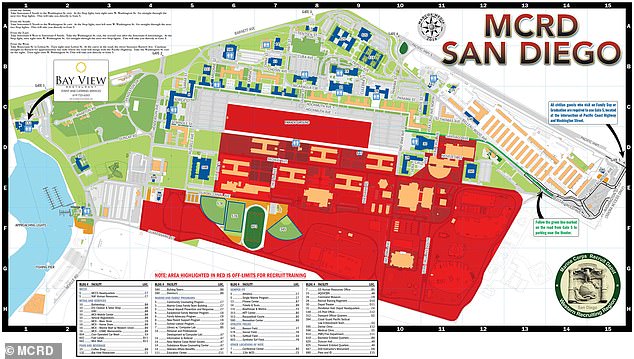 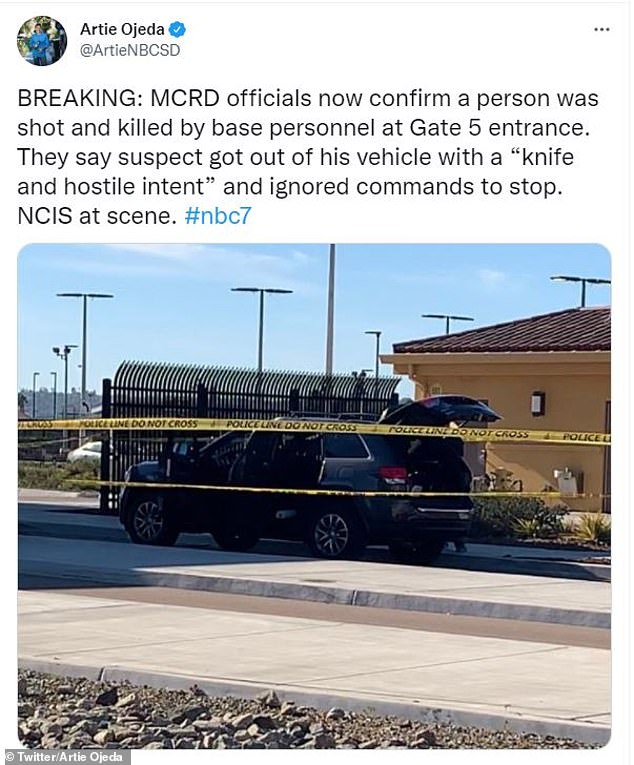 The incident occurred around 11:50am. Emergency services were called and pronounced the individual dead at the scene at 12:16 pm.

A red tarp has been set up to block the Jeep Grand Cherokee the individual drove onto the base where it has remained at the gate since this afternoon with its license plate removed.

The Gate 5 entrance located at the intersection of Pacific Coast Highway and Washington Street is listed as a civilian entrance.

The deadly situation is currently being investigation by Naval Criminal Investigative Service who have sealed off the area.

NCIS issued a statement, saying ‘Out of respect for the ongoing investigative process, at this time we are not able to provide additional details.’

Marine Corps Recruit Depot personnel has not responded to DailyMail.com for a comment.

The military base is located north of San Diego International Airport. It serves as a first training stop for enlisted recruits entering the United States Marine Corps on the West Coast.