Veteran Australian journalist Hugh Riminton has revealed his wife has beaten breast cancer in a moving post on Twitter.

‘And my best news of the day..? My wife has quietly changed her twitter profile from ‘Aspiring Breast Cancer Survivor’, dropping the first word. Been a long road,’ he wrote. 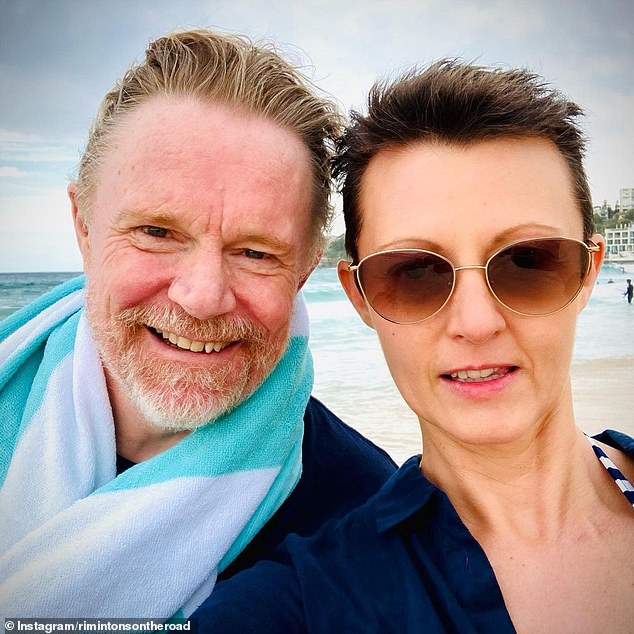 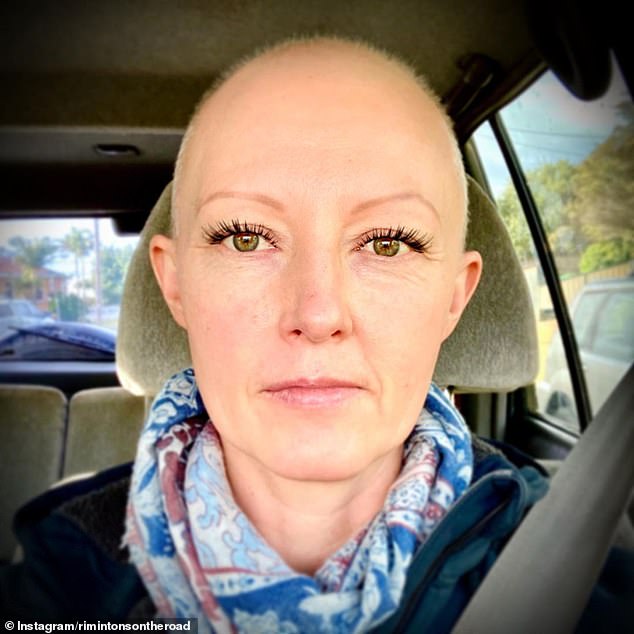 Mary Lloyd (pictured) didn’t know how she would feel about losing her hair, but the children were not concerned at all, which helped

In an interview with Woman’s Day magazine in mid-2020, Ms Lloyd spoke about how having chemotherapy during Covid-19 isolation made a difficult situation even worse.

Mr Riminton, 60, had to isolate away from his wife, 46, who is a landscape photographer and journalist, as the treatment left her immune system very vulnerable to infection.

She said the experience was hard on the entire family, but especially for her husband.

‘He was working every day, doing his best to bring us the supplies we needed, but not getting any of the uplift from being part of the family, hanging out with the kids or really having any contact with us.

‘That was an enormous sacrifice he made to keep me safe and I’m incredibly grateful for all the support he’s given me.’

Ms Lloyd said she was fortunate to have a supportive husband and three loving kids, Coco, 15, Jacob, 12, and Holly, nine, to help her through the worst of her battle.

‘I really want my kids to have a worry-free childhood, and I didn’t like the thought of them being concerned about me, but kids get a sense of what’s going on without you telling them,’ she said. 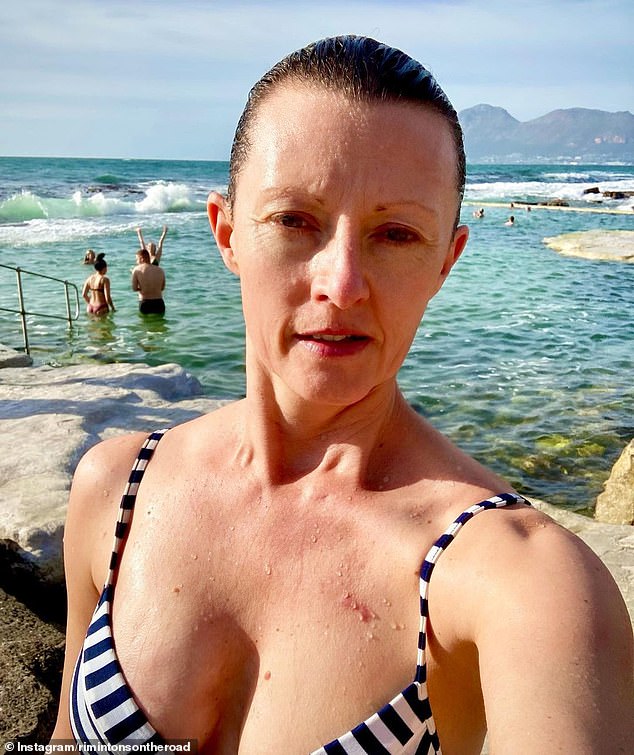 Ms Lloyd told the children straight up about what she was going through. ‘They’ve been an enormous source of comfort and support throughout the whole thing,’ she said.

She didn’t know how she would feel about losing her hair, but the children were not concerned at all, which helped her.

Her daughter Holly even made a joke at school pick-up about it, calling a friend over to show her she could pull clumps of her mum’s hair out.

Ms Lloyd was so concerned about catching Covid that her oncologist asked her to consider giving up chemo to lessen her risk, but Holly inspired her to keep going.

‘I think when you start something you should see it through,’ Holly told her mum. 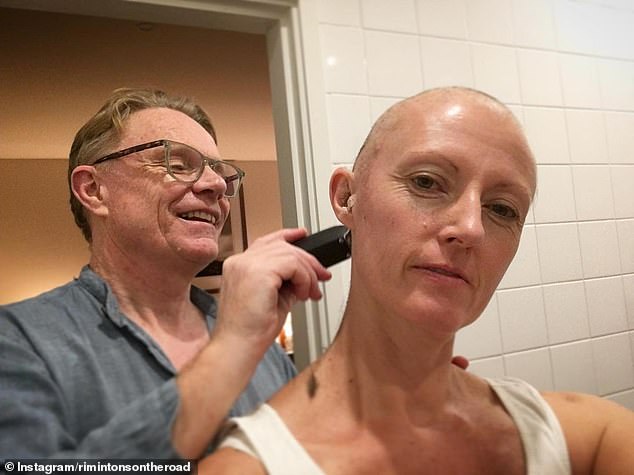 She continued and finished chemotherapy in mid-2020. After that she started radiation treatment, while her earlier surgery got rid of the tumours.

Throughout her treatment, Ms Lloyd took comfort from being able to photograph the people who rallied around her, from her children to neighbours who dropped in food and the health workers who treated her.

Mr Riminton was awed by how his wife had dealt with it all.

‘Ernest Hemingway said that courage is defined as grace under pressure. And what I’ve seen in Mary in these last few months is not a great surprise to me, but it’s remarkable all the same,’ he said.