Huge drums of date rape drug worth $5.6MILLION are seized after cops tracked them across Australia

Hundreds of thousands of doses of a designer drug used in drink spiking have been seized by police in a massive drug bust.

About 800,000 doses of the drug ‘liquid fantasy’ – worth a street value of $5.6 million – were found by detectives in Adelaide on Saturday.

A 54-year-old man was charged with attempting to traffic the large commercial drug supply, with more arrests connected to the 800L shipment expected. 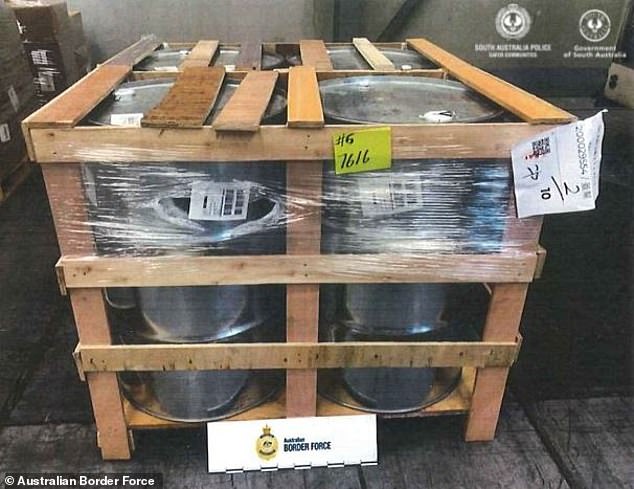 The shipment containing 800L of 1,4-Butanediol or about 800,000 doses was seized on Saturday (pictured)

The Department of Home Affairs and Australian Border Force notified SA Police after the drug arrived in Sydney from overseas before being moved to South Australia.

Officers from SAPOL, NSW Police, and Australian Federal Police then collaborated to track the cargo and conduct the raid.

Four addresses in Adelaide’s west were searched in the investigation with $90,000 in cash and weapons including tasers seized.

It is the largest shipment of the drug – known in chemistry as 1,4-Butanediol – in SA’s history.

‘We are working to make 1,4-Butanediol a controlled drug,’ she added. 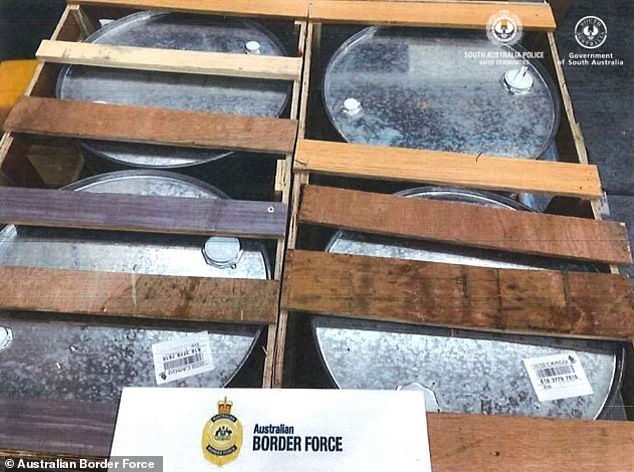 The chemical does have some industrial uses such as manufacturing lycra material and paint thinner, but can also be used recreationally.

Once ingested the chemical is converted into GHB with effects similar to severe intoxication.

It has also been known to be used in drink spiking and linked to deadly overdoses, particularly when ingested with alcohol.

Superintendent Gray said police worked non-stop for 10 days in the leadup to the raid.

‘We are anticipating one or two arrests, but usually these importations have organised crime sitting behind them,’ she said.

‘We know one or two are known to each other.’

The arrested man was granted bail and will appear in Adelaide Magistrate’s Court in December. 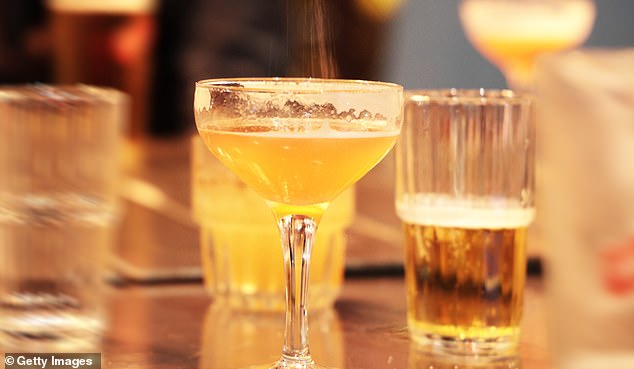