By Adam Shergold for the Daily Mail

Norwich finally look like they belong in the Premier League. In only two weeks, Dean Smith has instilled fighting spirit and a sense of mission in a group who have so often looked out of their depth in the top flight.

While former manager Daniel Farke wanted his side to illuminate the division with easy-on-the-eye football, calamity was usually around the corner. Smith is happy to emphasise the fundamentals — solid structure, hard graft and everyone knowing their jobs — and build from there.

He wants every opposition team at Carrow Road to depart knowing they’ve been in a battle. Wolves certainly felt that way. 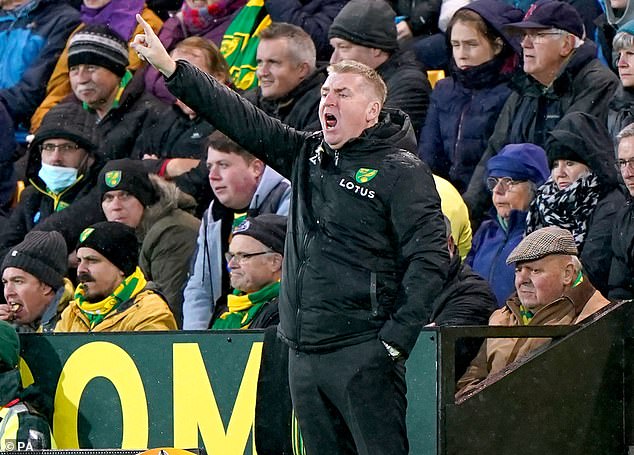 In only two weeks, Dean Smith (above) has instilled fighting spirit among Norwich’s squad 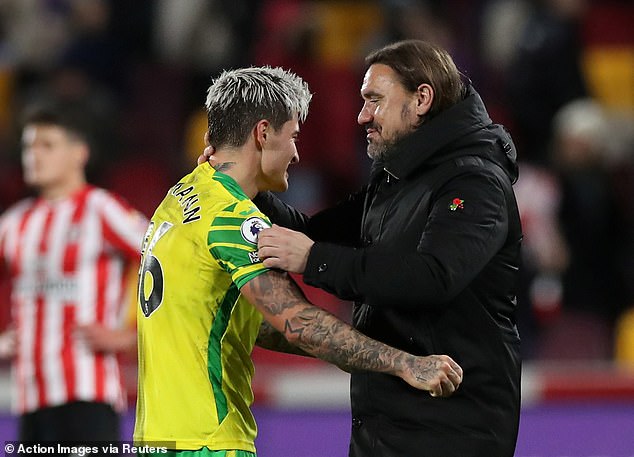 ‘He has come in, been ruthless with us in how we train and our intensity,’ on-loan Chelsea midfielder Billy Gilmour said of the new manager.

‘In the games, you can see there is a massive difference. We are more aggressive, we are playing higher up and getting after teams. We belong in this league and we need to prove it.’

But if Norwich are to stay up, they urgently need to work on their finishing — especially with a crunch trip to fellow strugglers Newcastle on Tuesday.

Wolves keeper Jose Sa made crucial saves to deny Max Aarons, Teemu Pukki and Milot Rashica as Norwich pressed for a deserved winner. But all three should have given him no chance of making those stops with emphatic finishes. 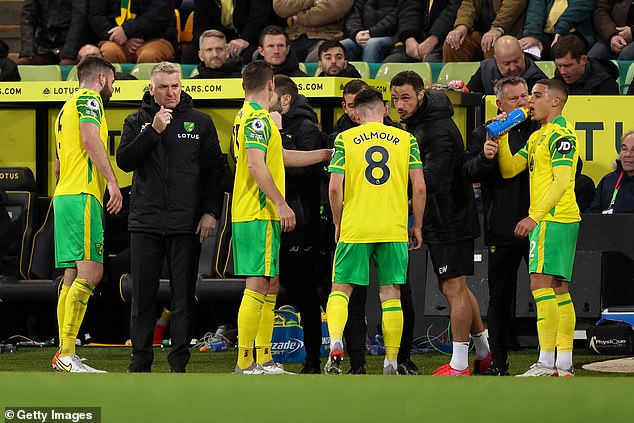 Smith is happy to emphasise the fundamentals, including everyone knowing their jobs 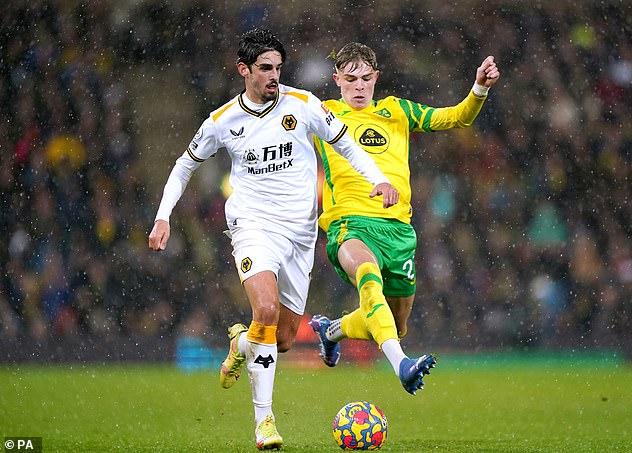 Wolves boss Bruno Lage was ultimately satisfied with a point but an underwhelming performance suggested their current league position of sixth flatters them.

We will know their true level after upcoming games against Liverpool, Manchester City and Chelsea.

Before that, Wolves host Burnley on Wednesday and Lage, already worried about his thin squad, will be without two more important players.

Daniel Podence has tested positive for Covid-19, while midfielder Ruben Neves must serve a one-match suspension after collecting his fifth yellow card of the season.