A member of controversial Australian drill rap group who was jailed for bashing a man with a chair leg has celebrated his release from prison in style.

Pio Misa, 21, or ‘YP’ as he’s known by fans was jailed following the altercation that erupted in the pokie room in a pub in Sydney’s western suburbs.

The rapper pulled a chair leg from underneath his clothes and struck another man three times, twice in the head, his 2019 sentencing hearing heard.

The jubilant rapper was filmed celebrating his parole with a glittering champagne tower and a brand new chain on Saturday night. 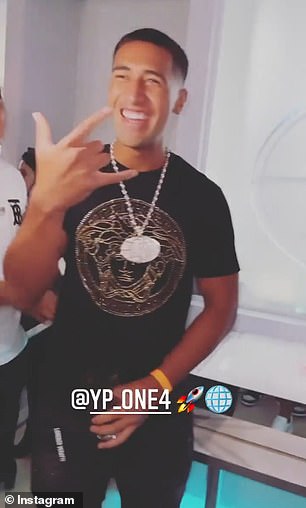 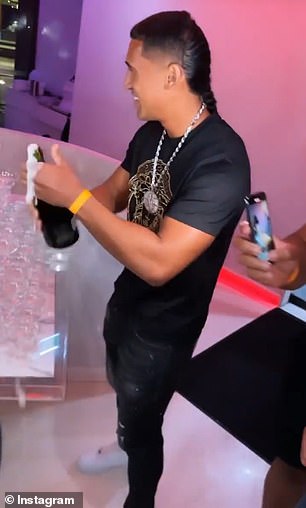 Pio Misa, 21, was filmed celebrating his parole with a glittering champagne tower and a brand new chain on Saturday night after spending two years behind bars

In footage posted to the group’s Instagram story, Misa shows off his new jewellery which has been engraved with ‘YP’ and the number 14.

OneFour crew members ‘Lekks’ and ‘Celly’ were also jailed for their involvement in the brutal melee at Rooty Hill’s Carousel Inn in June 2018.

A court previously heard Salec Sua, or ‘Lekks’, had been drinking heavily before he instigated the attack on two men in the pub’s pokie room.

The frontman was jailed for four-and-a-half years over the vicious attack, which was caught on CCTV cameras inside the pub. 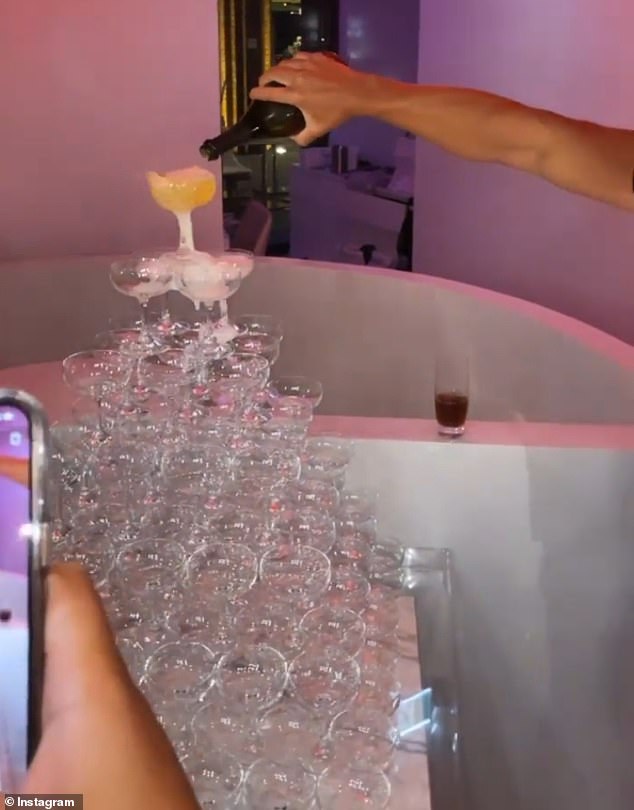 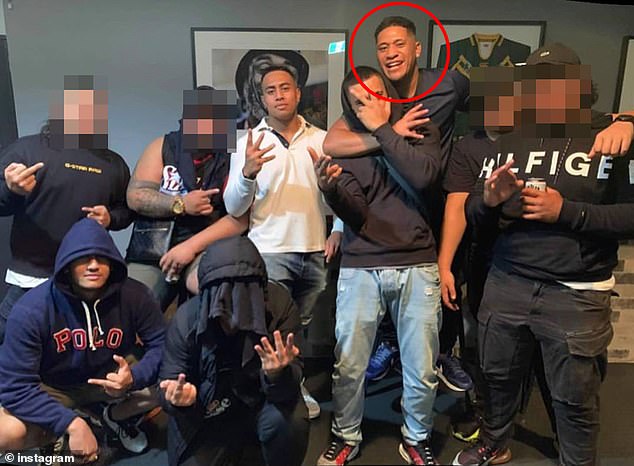 At his sentencing, Judge James Bennett controversially said him going to jail was ‘tragic’ as the rapper had ‘great potential’.

Dahcell Ramos, or ‘Celly’ – an on-again, off-again member of the rap group – was jailed for a decade over the same violent evening.

He viciously struck a pub patron with a hammer and then stomped on his head.

The talented group was founded by friends from Mount Druitt, a low socio-economic suburb in the city’s far west.

‘OneFour’ itself became both a name used by the western Sydney ‘brotherhood’ gang and the rap crew. 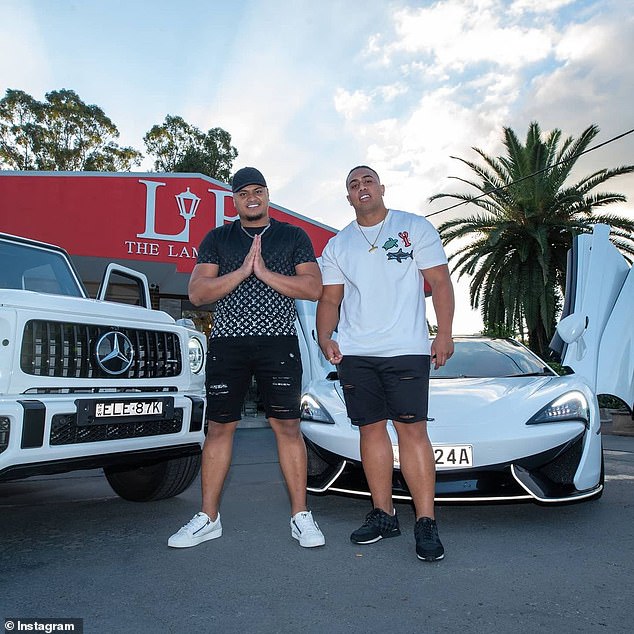 The talented rap group were founded by a group of friends from Mount Druitt, a notoriously crime-ridden suburb in the city’s far west 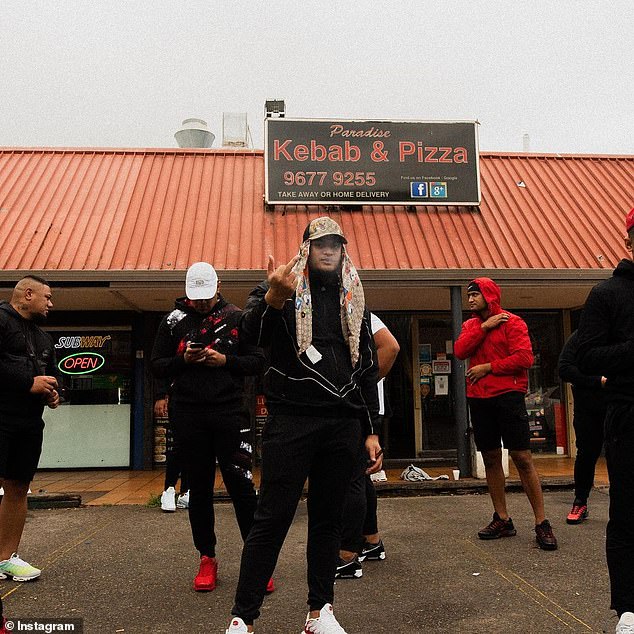 However, courts have heard there is a clear crossover between them.

OneFour disappointed fans last week by cancelling its highly-anticipated national tour and blamed police getting in the ear of venues.

‘Our entire national tour has now been cancelled,’ the rap group posted on social media.

‘Our fans have never caused any issue at our concerts. So why can’t you see us perform?’

WHAT IS DRILL MUSIC?

To ‘drill’ means to fight or scrap and the violent lyrics focus on gang life, drugs, guns and killing.

In one video viewed nearly three million times, rapper Digga D boasts about having to bleach his knife after using it to attack someone.

In another, entitled ‘Mummy’s Kitchen’, rappers Loski and Mayski, who are thought to be Londoners, boast about taking a blade from the family home.

In the videos, which are filmed across the city, performers take care to ensure their faces are covered.

In Australia the genre has been adopted by rap group OneFour, from Sydney’s west.