Both are said to have seen 40 or 50 people crammed ‘cheek by jowl’ in an inside room, and one is reported to have included a secret Santa and festive quiz.

Downing Street has insisted that they both adhered to Covid rules governing gatherings at the time, but has failed to substantiate its claim.

Mr Raab endured a grilling on the BBC’s Andrew Marr programme today in which he tried to explain away the allegations as stories ‘unsubstantiated from anonymous sources’.

‘Of course, if there was a formal party held, of course that it something that is clearly contrary to the guidance.

‘If anyone held a party that it is contrary to the rules, of course that is the wrong thing to do.

‘If something unsubstantiated from anonymous sources actually materialised, then of course it would be wrong.’ 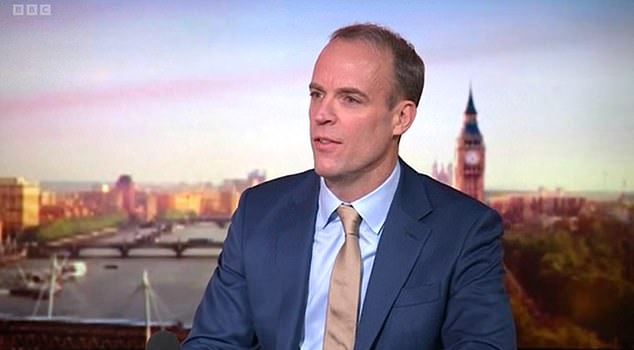 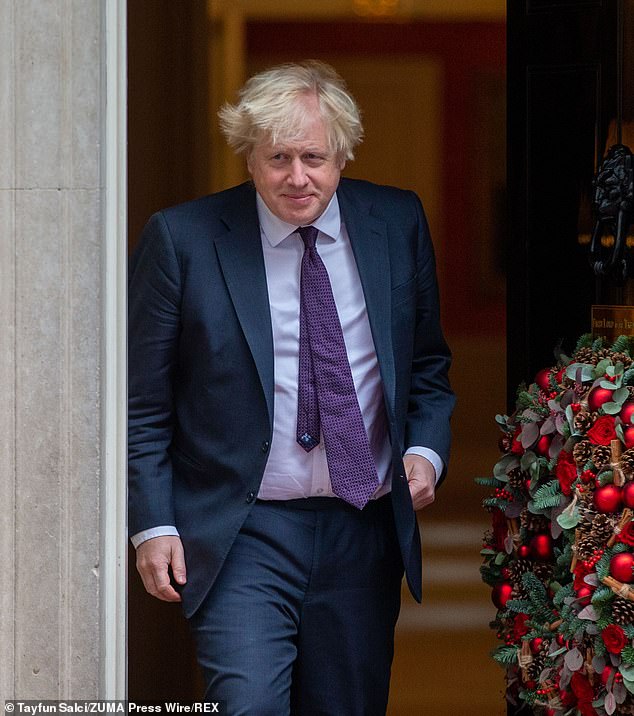 On November 27, Mr Johnson is said to have given a speech at a packed leaving do for a senior aide

The Prime Minister and his staff at No10 are accused of breaking Covid laws by hosting festive jamborees – the first on November 27 and the second on December 18.

At the time of the first Britain was in the grip of a second lockdown, and London later in Tier 3 restrictions, with all indoor social gatherings banned unless they involved a single household bubble.

On November 27, Mr Johnson is said to have given a speech at a packed leaving do for a senior aide, who the Guardian identified as Cleo Watson, nicknamed ‘The Gazelle’.

At the time Britain was in the grip of the second lockdown, with all indoor social gatherings banned unless they involved a single household bubble.

Then, on December 18, Downing Street staffers apparently held their own festive party featuring a Christmas quiz and Secret Santa. At that point, London was subject to Tier 3 restrictions, with indoor gatherings outlawed and the rule of six outside.

A source also claimed there was a third, smaller gathering on November 13 – the night the Prime Minister’s top advisor Dominic Cummings publicly walked out.

Mr Johnson has not denied the events took place but said no rules were broken – although he has repeatedly refused to explain how that could be the case. 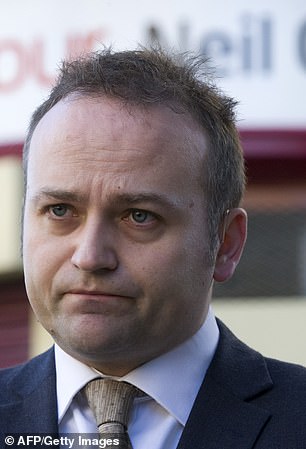 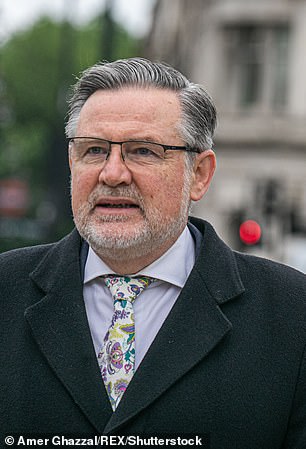 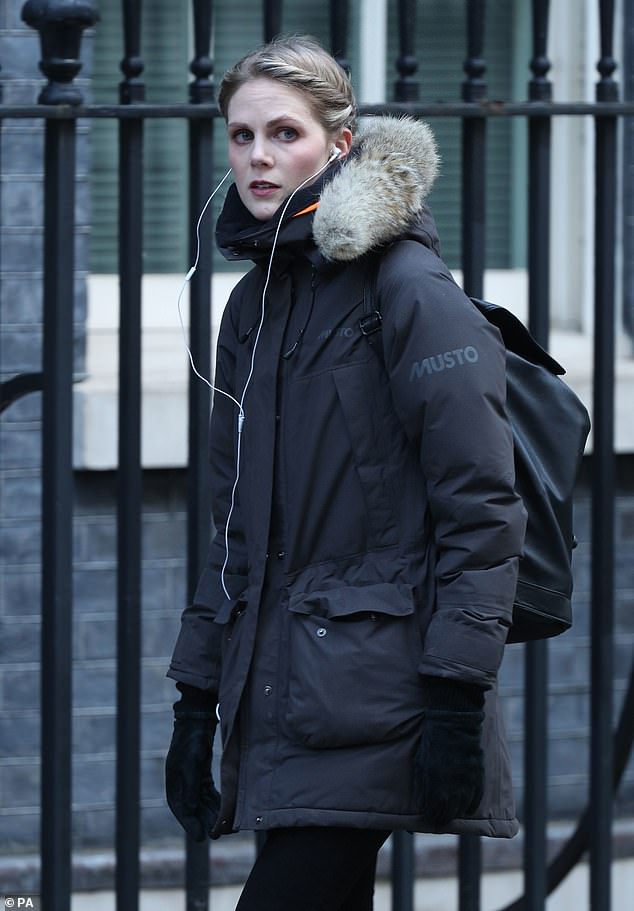 The Prime Minister and his staff at No10 are accused of breaking Covid rules by hosting festive jamborees in breach of Covid laws – the first on November 27 and the second on December 18. A party was reportedly held for ex-aide Cleo Watson (pictured above)

Labour backbenchers Neil Coyle and Barry Gardiner have both written to Scotland Yard asking police to investigate whether any laws were broken.

In a statement, the Metropolitan Police said that while it did not routinely investigate ‘retrospective’ breaches of the Covid regulations, it was considering the correspondence it had received.

In his letter to the police, Labour MP Mr Coyle said: ‘The sense of outrage from constituents is palpable that they followed the rules while those responsible for devising and enforcing them were breaching them at the top of government.

‘The Prime Minister has been questioned on this and has replied that “no Covid rules were broken” but from reading the guidance I believe even holding these events was a breach of the rules at the time.’

In his letter, Mr Gardiner expressed surprise that when Commissioner Dame Cressida Dick was interviewed on LBC on Friday, she said the force was not investigating the matter as she had not received correspondence on it.

‘If these events did take place, it implies that there is one rule for the Government and another for everyone else,’ he said.

‘I believe your officers should investigate the matter further to establish the facts and to see if any laws might have been broken.’

Last week, the Prime Minister’s official spokesman did not deny the gathering had taken place but he said: ‘At all stages the rules have been followed.’

The PM’s press secretary added: ‘We don’t recognise this account, as we’ve said Covid rules have been followed at all times.’