Teenager, 17, drowns while trying to swim across a lake after going to a wedding with his family

A teenage boy has drowned in a lake during a post-wedding swim with his family in front of horrified holidaymakers.

The 17-year-old was trying to swim across Lake Nagambie, in Victoria’s Goldfields region, about 5pm on Saturday when he got into difficulty.

Victoria Police said some of the boy’s friends and local police officers tried to pull him to safety before they lost sight of him. 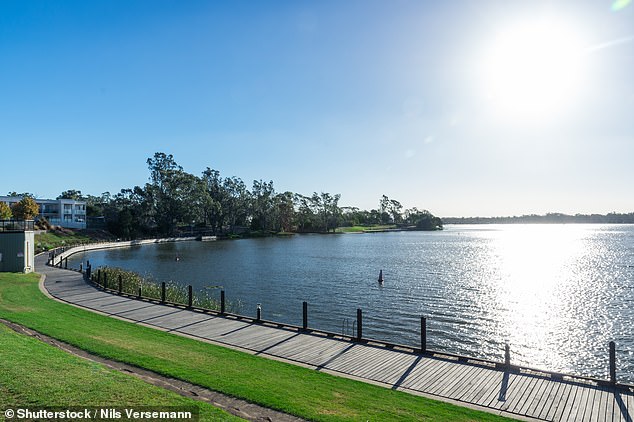 The police and State Emergency Service personnel were unable to locate him during a late-night search on Saturday.

But the search resumed on Sunday morning and rescue divers pulled the boy’s body from the lake about 9am.

Family and friends held each other as the boy’s body was driven away from, the Herald Sun reported.

The family is understood to have been at a wedding at a venue overlooking the lake with access to the water.

‘I heard a scream and I said that is not a good sign,’ witness Janine Widgery said. ‘As a mum you just know it was a chilling scream. It is very sad.’

She said people were distraught at the caravan park on Sunday.

‘Everyone has been walking past saying how sad it is for a teenager to have died,’ she said. 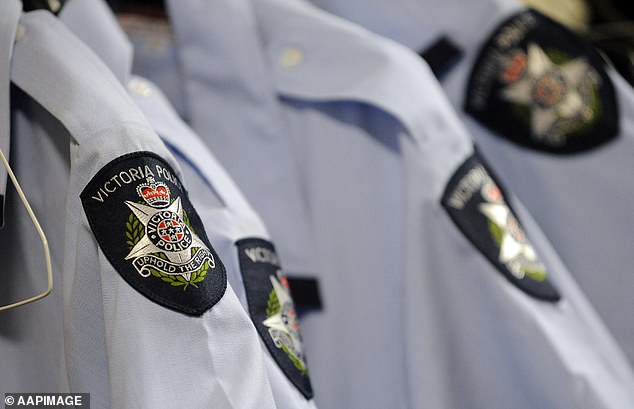 A post-mortem will be conducted to determine how the teenager died. Victoria Police are preparing a report for the state coroner’s office.

Sixty-one people drowned across the state in the year to June 30, including 25 children under the age of 15.

– Five in the Northern Territory

– Four in the ACT

– 44 in ocean or harbour locations

This is a 40 per cent increase on the drowning rate compared to the state’s 10-year average.

Overall in Australia, there were 294 drowning deaths across the nation’s coastline, inland waterways and pools in 2020/21, according to annual reports from Royal Life Saving Society Australia and Surf Life Saving Australia.

That is up 20 per cent from 245 over the previous 12-month period, while there was also a further 674 non-fatal near-drownings.

Men accounted for 80 per cent of drowning deaths. Alcohol and drugs, risk-taking behaviour and overestimating their ability were common factors.

With deaths in coastal waters rising to 136, Surf Life Saving Australia chief executive Adam Weir said people should be aware of their limits.

‘Visiting and exploring new places we know is going to be high on people’s list when coming out of lockdown. But be sure to seek out patrolled beaches,’ he said.

Both authorities are considering drowning prevention strategies ahead of the warmer months, including bringing forward water safety campaigns to coincide with forecast easing of coronavirus restrictions.

‘Drowning deaths are more than just numbers on a page. Every death is a tragedy that impacts families for years to come,’ he said.